Omani date farmers get a boost from scorching summer heat 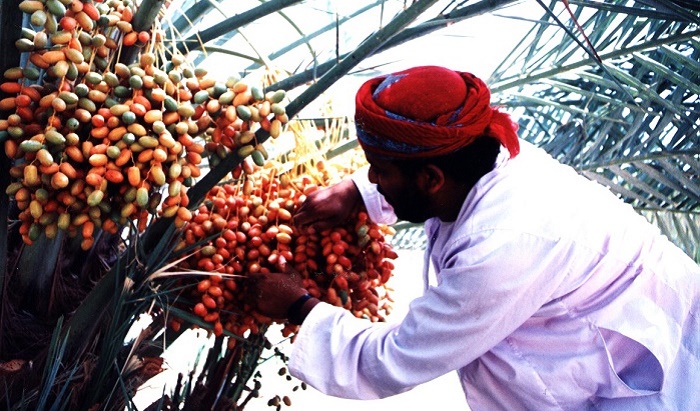 Some farmers had to build extra storage facilities to store the dates since the existing ones are full from the unexpected higher yield.

With temperatures hovering around 45 degrees on average this summer, Omani date farmers say that their harvest is record high compared to the last five years.

A farmer in the Sharqiyah region said he had an ‘exceptional year’ on date harvest for more than 50 per cent compared to the previous years.

“This is the exceptional year for date farming for us. My date yield in the last five years did not exceed 75 tonnes per year but this year it is 125 tonnes. It is 50 per cent more than the expected harvest of dates,” Salim Al Malki, a farmer in Sur, told Times of Oman.

Some farmers had to build extra storage facilities to store the dates since the existing ones are full from the unexpected higher yield.

“I have two storages but I had to build the third one to store the unexpected higher yield of dates this year. It has been a good year and very profitable one, too. We owe it to the relentless summer’s heat compared to the previous year,” Khalfan Al-Asmi, a farmer in Quriyat, said.

Some farmers said that they were planning to extend their farms to grow more dates, from the extra cash windfall of the date harvest.

“I earned over 55,000 rials this year from the dates, compared to just 33,000 rials last year. I am using the extra cash to extend my farm to grow more dates,” Khalid Al Shuaili, a farmer from Ibri, told Times of Oman.

But weather experts said that the temperature this summer was not exceptionally high. The difference was   that there was no let up since the heat was almost constant in the last three months on daily bases.

“The average temperature so far this summer is 45 degrees, which is normal for the summer months. But the reason why the farmers think this summer is hotter, it is because there was not much variation. Normally, summer temperatures drop between 38 to 47 degrees but this year the minimum was 42 degrees throughout the season,” Abdullah Al Saifi, a retired forecaster at the Department of Meteorology at Muscat Airport, told Times of Oman.