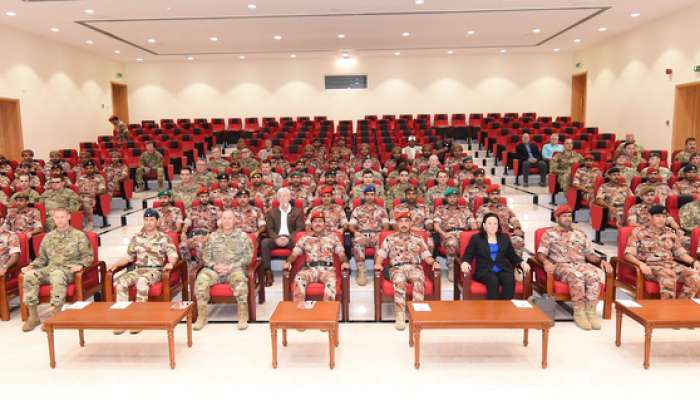 The drill, which began on 14 August 2022, was conducted with the participation of the Royal Army of Oman (RAO), represented by the Western Border Regiment of the 11th Infantry Brigade, and infantry units of the United States Army.

Other personnel of RAO and the Royal Air Force of Oman (RAFO) also took part in the drill.

Simulation and role-playing tasks of the drill were aimed to provide training in accordance with the RAO training plan to sustain preparedness and achieve the desired national objectives. The drill comes within the context of annual training programmes carried out in cooperation with friendly countries to exchange expertise in military fields.

The concluding event was held under the auspices of Maj.Gen Mattar Salim Al Balushi, Commander of the RAO. Maj.Gen William Blaylock, Commanding General of the 35th Infantry Division of the US Army was present at the event.