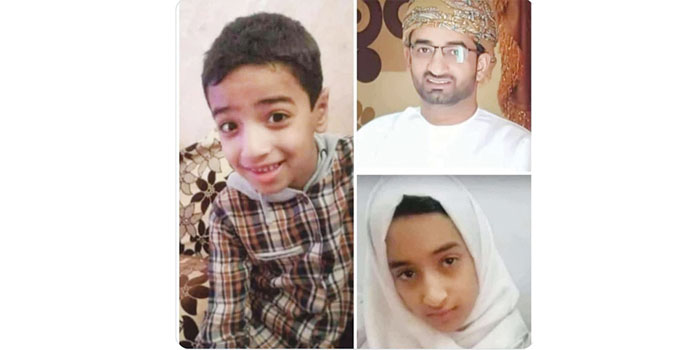 Muscat: In a tragic incident in the Wilayat of Mussanah in South  Al Batinah Governorate, a man and his two children died of drowning, bringing a pall of gloom all around, especially in the village of Al-Salif, to which he belonged, in the wilayat of Ibri.

Speaking about the incident to Times of Oman, Sultan Al Hinai, younger brother of the victim, said “my brother Salem had decided to go to Rustaq for recreation and hiking, but his children wanted to go to the sea, hence, he changed his plan and went to Al-Sawadi Beach in the Wilayat of Mussanah in South Al Batinah Governorate.

Around 10 am, Sultan received a call from his elder brother Nasser, saying that Salem and his family had drowned in sea and all had died. “I could not believe what I heard and I collapsed from the shock of the news.”

Before confirmation of the horrific news, however, contradictory reports came in for a while. Some said that his brother and his family are fine and that they have been taken to the health complex in Al-Sawadi. Others said all of them had drowned. Still others said his brother had drowned and the remaining members of his family were fine. “It was a very difficult situation for me. I did not know what to do,” Sultan said.

His brother’s wife, still in shock, said, “We were together eating food and enjoying the sea, and the children had gone to play near the beach. Suddenly a treacherous wave appeared and devoured Tuqa and Anas. My husband rushed to rescue them, and for a while succeeded in his attempt, but the waves were too powerful for him to save them. Tuqa, Anas and my husband drowned,” she said.

Sultan continued: “My brother’s wife says he was asking her to get help, so she rushed to look for someone, but could not see anyone nearby. Suddenly she heard her husband saying goodbye to her while he disappeared under the waves of the sea.”

Sultan appealed to the authorities to set warning signals in areas unsuitable for swimming or playing and provide life collars on rent so that visitors would get them without the need to purchase them. He also appealed for deployment of guides at the tourist sites. “I hope the authorities take serious and tangible steps to stop these painful incidents.”