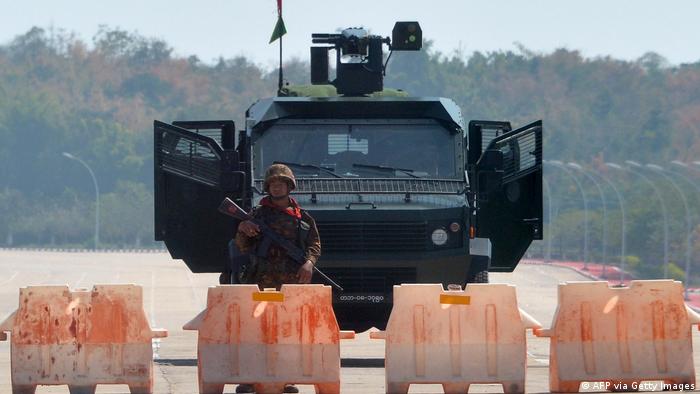 Myanmar's junta will extend the state of emergency in the country for a further six months until February 2023, the state-run newspaper Global New Light of Myanmar.

The junta first declared a state of emergency after seizing power from the elected government of Aung San Suu Kyi in a coup in February last year.

Leader of the junta, Min Aung Hlaing requested the military government to "allow him to serve for an additional 6 months," according to a report in the Global New Light of Myanmar.

The report said members of the junta's National Defense and Security Council unanimously supported the decision.

A meeting of the foreign ministers of the Association of Southeast Asian Nations (ASEAN) member countries is scheduled to take place this week. Malaysia is set to lead a push for tougher action on Myanmar although finding consensus could prove challenging in the 10-member bloc.

The bloc has tried to restore peace in Myanmar, but without much success. Last week, ASEAN members condemned the junta's execution of four prisoners.

The junta has declined to send a representative to the meeting, while ASEAN says it "remains resolved to assist Myanmar's return to normalcy and democratic transition and to find a peaceful solution to the current crisis."

State of emergency since 2021

However, doubts have been raised about whether the elections will take place at all.

The army alleges widespread election fraud during the 2020 elections, which were won by Suu Kyi's National League for Democracy (NLD). International election monitors said the vote was largely free and fair, contradicting the junta.

Suu Kyi has been detained since the coup. She faces 11 corruption charges, each of which carries a potential sentence of up to 15 years in prison.

Since the takeover, there has been a crackdown on dissent and press freedom. On Saturday, a Japanese video journalist was detained by security forces in Myanmar while covering a protest against military rule in Yangon, according to pro-democracy activists.

The Japanese government on Monday later confirmed that one of its citizens had been arrested in Myanmar, with Tokyo calling for his release.

Last week, the military junta executed four dissidents who were found guilty on charges of terrorism in January. Among those were former member of parliament Phyo Zeya Thaw and democracy activist Kyaw Min Yu.

According to rights group Assistance Association for Political Prisoners at least 1,900 people were killed and more than 14,000 arrested since the coup.