Biden may speak with Chinese President Xi in 'next 10 days' 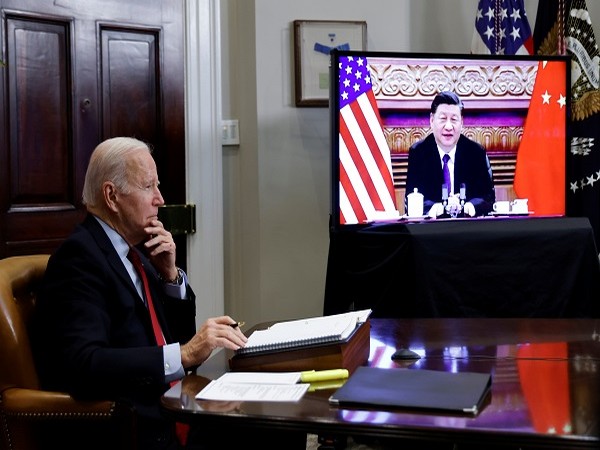 Washington: US President Joe Biden on Wednesday said that he is planning to speak with Chinese President Xi Jinping in the next ten days.

"I think I'll be talking to President Xi within the next 10 days," Biden said in an address to reporters as he returned from a climate-related trip to Massachusetts. Biden's comment came at a crucial moment when both countries are dealing with tensions over the status of Taiwan.

The US President also cast doubt on a trip reportedly planned by House of Representatives Speaker Nancy Pelosi to visit Taiwan next month. Biden said the US military believes it is not a good idea for Pelosi to travel to Taiwan as planned.

"The military thinks it's not a good idea right now," Biden said on Wednesday as quoted by the White House press pool.
Meanwhile, the Chinese Ambassador to the US Qin Gang accused the US is undermining the "One China" policy through its support for Taiwan.

"We urge the United States to honour its commitments with actions and to fully implement the One China policy. Only through the adherence to that policy can a long and lasting peaceful reunification happen of mainland China and Taiwan," Qin said at the Aspen Security Forum in Colorado on Wednesday (local time).

China considers that the relations with the United States have not recovered since the Trump administration but hopes President Biden's words spoken on improving bilateral ties are backed by actions, according to the Ambassador.

The issue of Taiwan has been at the forefront of US-China relations in recent months. Tensions between China and Washington, which is committed to supporting the island's self-defence, and Beijing over Taiwan were in the open earlier this month when their respective defence chiefs met at the Shangri-La Dialogue defence conference in Singapore.

Taiwan and mainland China have been governed separately since the defeated Nationalists retreated to the island at the end of the Chinese civil war more than 70 years ago. But China's ruling Chinese Communist Party (CCP) views the self-ruled island as part of its territory despite having never controlled it.

Beijing has not ruled out military force to take Taiwan and has kept the pressure on the democratic island over the past few years with frequent warplane flights into the island's ADIZ.

An ADIZ is unilaterally imposed and distinct from sovereign airspace, which is defined under international law as extending 12 nautical miles from a territory's shoreline.