Do we need a three-day Eid holiday in Oman? 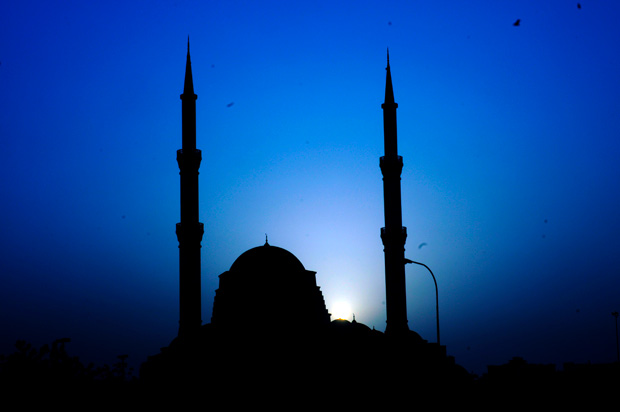 Muscat: Though the Sultanate has yet to announce the date of the upcoming Eid-Al-Fitr holidays, tourism and business experts are calling for advance announcements regarding the dates and asking if the number of days could be restricted to the same every year.
Most Muslims around the world will celebrate the festival on July 6 or July 7 this year to mark the end of the holy month of Ramadan 2016. “It will help people to plan early and will boost the tourism of Oman,” experts say.
Vijay Handa, general manager of Ras Al Jinz turtle reserve, however, said that to boost Oman tourism, the government should ensure that the holidays are not more than four days at a stretch. “If it is more than four days at a stretch, then everyone will fly away from the country and Oman’s domestic tourism will suffer,” he said.
Economists also suggest that reasonable holidays will benefit any economy and productivity. “The holidays shouldn’t be too long,” Jose Chacko, a Muscat-based economist, told Times of Oman.
“After a long holiday, a warming up period is one or two days,” he explained.
In Arabic, Eid-Al-Fitr means “festival of breaking the Ramadan fast”. Over the past five years, the length of the Eid-Al-Fitr holiday period has varied.
In 2011, Eid-Al-Fitr holidays for government departments was set from August 29 - September 5 for eight days. Yet, for the private sector it was scheduled from August 30 to September 3, becoming a five-day holiday.
The post-Ramadan holidays for employees of ministries, public authorities and other government employees continued from August 18 to August 22 in 2012, but work resumed on August 25, stretching it to seven days. For the private sector, the holidays lasted for four days from August 18 to August 21.
The following year, in 2013, there was a six-day holiday for both the government and private sectors, beginning August 9.
In 2014, Eid-Al-Fitr holidays lasted seven days for ministries and federal authorities. The private sector only enjoyed a two-day break.
Last year, both the government and private sector in Oman celebrated a five-day holiday from July 16 to July 20.
It was noted that longer holidays could be a boon for the retail sector in a country where most revenues come from the oil sector. “When it comes to our sales, holidays boost it. I’ve been observing it for the past four years. More holidays means more time for shopping in Oman. And our sales go down if the holidays are curtailed by even a few days,” said Syed Tawheed, FMCG senior supervisor of Muscat-based Swiss Arabian Perfumes.
Tawheed added that he thought there would be a week-long holiday, saying the month of Ramadan exhausts people and they should receive time to relax or travel home for longer periods.
“Muslims usually plan for Eid holidays. Expats go home or travel abroad. Shorter holidays restrict these activities,” he noted.
Others say overall productivity in the country is “slightly affected positively” by the break.
“Everybody appreciates a long break, so many will no doubt be disappointed if only a short Eid break is announced,” Tonia Gray, general manager of Competence HR, told Times of Oman.
“Personally, I feel productivity is only slightly improved when a shorter break is given, since with all holidays employees start to slow down before, and take a while to get back to work routine afterwards,” she said.
“Short holidays are very good for people to refresh and rejuvenate themselves. Once people are refreshed, their productivity will also increase. But I think it would be excellent, for all concerned, if such holidays were declared at the beginning of the year, so people could plan their trips in advance,” Deepak Nair, Chief Executive of InteracOman Solutions, a web hosting company, said.
“This would also mean more people travelling and travel agencies developing attractive and competitive packages, all of which will surely benefit the economy. Of course, the exact day of Eid can be known only after the sighting of the moon, but holidays can be announced in advance, based on the indicative dates, if possible,” Nair said.
Oman Chamber of Commerce and Industry (OCCI) member Ahmed Al Hooti noted, “I believe there should be a balance. Also, one day could be taken off from Eid holidays and a day added to the Eid Al Adha holiday later. This should be studied.”
He further said all companies should have the same days off for their employees, to assure that holiday schedules do not divide families.
“Imagine if there are three or four brothers and a sister, and two of them are enjoying the holiday and two are working in some company. It doesn’t look good. You can’t do that,” he added.
Al Hooti noted, however, that companies and establishments will not want to schedule long holidays, especially in the current situation.
The fall in Oman’s oil prices continues to be a major concern for the government, which has adopted several measures on generating revenues, as well as seeking cutbacks in spending.
Yet, for expat workers such as Azeem (original name withheld), who bakes doughnuts for a merchandizing company, the longer Eid holidays are a boon for labourers such as himself.
“Longer holidays means workers such as me could receive more overtime. My salary is OMR 200. If I have seven days of extra work, it will increase my salary by OMR 57. I am for longer holidays, and I am sure many labourers would like to extend the Eid holidays,” he told Times of Oman.
Meanwhile, Smruti Sasidharan, a senior executive for a top holiday resort in Oman, supported Eid holidays being scheduled for at least five days, “like it used to be some time back”. “It makes it more convenient for locals to spend time away from home with families in hotels, boosting the tourism sector,” she said.