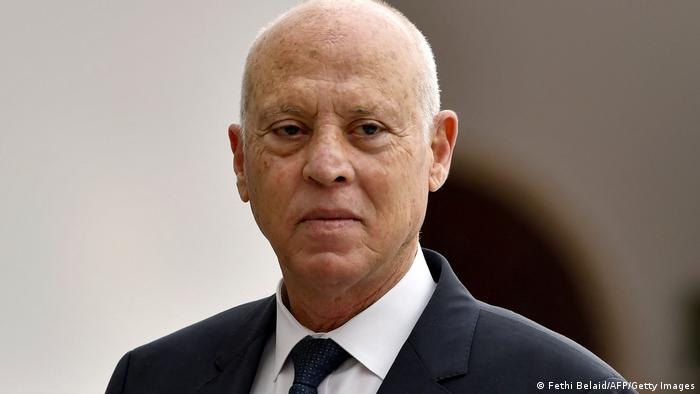 Tunisian President Kais Saied has been criticized for the actions he has taken, among them dissolving parliament and seizing power of the judiciary

Tunisian President Kais Saied has fired 57 of the country's judges, allegedly for involvement in corruption and obstructing hearings of terrorism cases.

A list of names of those who had been sacked was published in the early hours of Thursday morning.

Said accused the judges of financial and ethical corruption, collusion with political parties and "deviating the course of terrorism cases," among other allegations.

In February, Saied gave himself power over the judiciary by establishing a new judicial watchdog which allowed him to fire judges and block promotions and appointments.

Regional director of the International Commission of Jurists, Said Bernabia, slammed the dismissals in a series of tweets. "The amendment is an affront to the separation of powers and judicial independence. Through it, the collapse of the rule of law the constitutional order is now complete," Bernabia said.

The president has been accused of increasing his grip on power since last year's suspension of the country's parliament, the dismissal of the sitting prime minister and granting himself executive powers.

Saied has in the past said that the measures he has taken are intended to save Tunisia from collapse.

However, critics say he is leading the country firmly on the path toward authoritarian rule.

Saied, insists that his political moves are democratic and have been necessary to guide the country to a new constitution, through a referendum planned for July 2022.