Bookbites: A plethora of intriguing reading 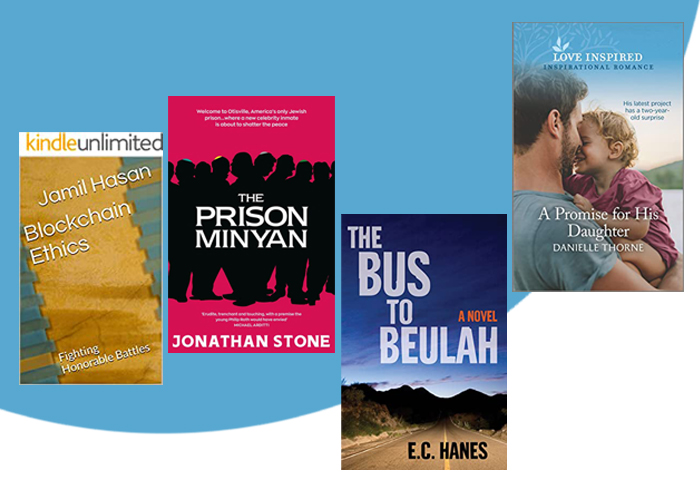 The Bus to Beulah
by E.C. Hanes

On her way to a new job in America, Maria Puente accidentally discovers a human- trafficking ring. Fearing exposure, the American company that manages it kidnaps Maria.

Maria's disappearance triggers a desperate search to find her before the kidnappers can permanently dispose of her. As the investigation unfolds, longtime Hogg County high sheriff Will Moser confronts Albert Waters, a powerful businessman who Will suspects knows about Maria's disappearance -- but Albert and his Mexican cartel partners prove to be brick walls.

Will calls on Elijah Kahn, a man he got to know while serving in Vietnam who now runs one of the world's largest international security firms. This taut thriller culminates in a heart-pounding chase to save Maria.

A continuation of the Blockchain Ethics consumer guide series that author Jamil Hasan first penned in 2018. He continues to address important trends in the media plaguing the retail consumer's ability to effectively and accurately understand the benefits of cryptocurrencies and blockchain technology: specifically, media disinformation and misinformation.

The author examines the more than 400 times that Bitcoin has been pronounced dead by "experts" in the mainstream media and dispels Bitcoin's demise by sharing excerpts from guests' podcast interviews while hosting them at the weekend Crypto Corner Podcast. He tackles conversations with entrepreneurs, founders and business leaders, providing readers with an ethical guide to understanding Bitcoin, free from media bias against the popular cryptocurrency.

A Promise for His Daughter
by Danielle Thorne

His latest project has a two-year-old surprise.

Fatherhood wasn't what Bradley Ainsworth expected to find at Henny House. The run-down Victorian is his best shot at proving himself as a historic renovator, but the new owner has no interest in recreating the past. Claire Woodbury and her foster daughter, Emily, are focused on the future -- until everyone learns that Emily is Bradley's daughter. Does that future have room for him as a father…and more?

The author has written more than 25 books including, romantic adventures and historical novels. This book is part of the Love Inspired Inspirational Romance Series, in which readers fall in love with stories where faith helps guide them through life's challenges, and they discover the promise of a new beginning.

The Prison Minyan
by Jonathan Stone

Welcome to Otisville, America's only Jewish prison . . . rugelach, blintzes and a quest for vengeance from the highest tier of the US government. A crew of fraudsters, tax evaders, trigamists, and forgers discuss matters of right and wrong in a Talmudic study and prayer group, led by a rabbi who's a fellow convict.

As the only prison in the federal system with a kosher deli, Otisville is the penitentiary of choice for white-collar Jewish offenders. When the regime is toughened to punish a newly arrived celebrity convict who has upset the 45th president, they find devious ways to fight back.

Stone brings the sensibility of Saul Bellow and Philip Roth to the post-truth era in a sharply comic novel that is also wise, profound and deeply moral.