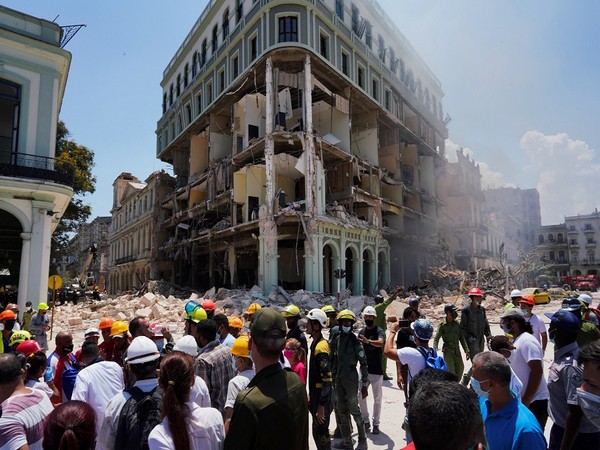 Havana: The death toll from the gas explosion at the Saratoga Hotel in Havana has risen to 32, with 19 people missing, news agency Prensa Latina reported on Saturday, citing Gloria Bonnin, the provincial head of the family reconnection front of the Red Cross.

Earlier in the day, the reported casualties included 25 dead and more than 60 hospitalized people. On Friday, a powerful explosion destroyed the Saratoga hotel, located in front of the National Capitol building in Cuba's Havana. The hotel was scheduled to reopen after the pandemic on May 10 and no visitors were staying there at the time of the blast.

The explosion severely damaged the front part of the building up to the fifth floor and several neighbouring buildings. The authorities said the explosion was an accident, stressing that the hotel's gas equipment and contractors had all necessary permits and licences.