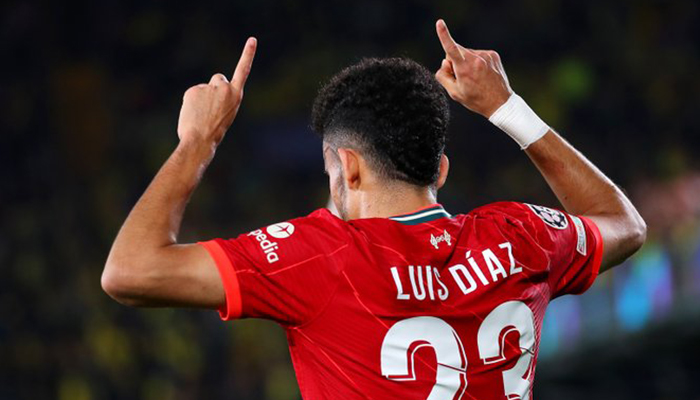 Villarreal were aggressive, while Liverpool looked shaken and struggling

MADRID:: A second-half fightback saw Liverpool book their place in this season's Champions League final with a 5-2 aggregate win over Villarreal, but not before the English side were given a profound shock by the Spaniards, who had them on the ropes for 45 minutes.

With striker Gerard Moreno a surprise inclusion in the Villarreal starting 11, the home side kicked off with a totally different attitude to the team that sat deep at Anfield last week and they got their reward as early as the third minute.

Etienne Capoue got behind Andy Robertson and was able to pull the ball back for Boulaye Dia to slip the ball into an empty net with Liverpool keeper Alisson on the post to cover a possible shot from Capoue.

Villarreal were aggressive, while Liverpool looked shaken and struggling to impose their usual high rhythm and movement on the game in arguably their worst display of the season.

In the 37th minute, Giovani Lo Celso had a penalty appeal turned down as he went down under a challenge from Alisson as he went through on goal, although replays implied the keeper had got the ball first.

It hardly mattered, however, as Francis Coquelin hung in the air to plant a header past the Liverpool keeper a minute later to level the tie with Trent Alexander Arnold out of position.

Liverpool coach Jurgen Klopp replaced Diogo Jota with Luis Diaz for the second half and Liverpool certainly improved with Sadio Mane seeing an effort slide by the post before Alexander Arnold hit the bar from 25 meters out.

A goal looked to be coming and Fabinho put Liverpool ahead in the tie in the 62nd minute after exchanging passed with Mohamed Salah and unleashing a shot that went through Villarreal keeper, Geronimo Rulli's legs.

Diaz hit the post a couple of minutes later and from the resulting corner, he directed a header which again went through Rulli's legs to make it 2-2 on the night, although there was little the keeper could have done to stop it.

The Villarreal keeper should have done better when Sadio Mane made it 3-2 to Liverpool with just over 15 minutes left to play, running 40 yards from his goal to miss a tackle and allow the striker a simple finish to put the tie beyond doubt.

Capoue was then sent off for a bad challenge on Curtis Jones, but Villarreal can still be proud of their display although Liverpool can now think about the 10th Champions League final in their history.