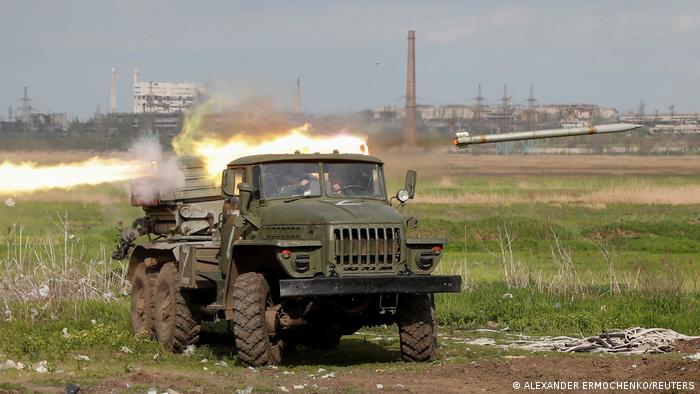 On Sunday, some civilians sheltered inside the last Ukrainian stronghold in the besieged port city were evacuated as part of an UN-brokered cease-fire.

Ukrainian officials said 200 civilians were still trapped inside the plant.

They said Russian forces have pounded the steelworks with shelling since the convoy left.

"They came out of the basement, they took up firing positions on the territory and in the factory buildings," the Russian Defense Ministry told state news agency RIA.

Further evacuations were planned for civilians still trapped at the plant, but it is unclear whether that will be possible.