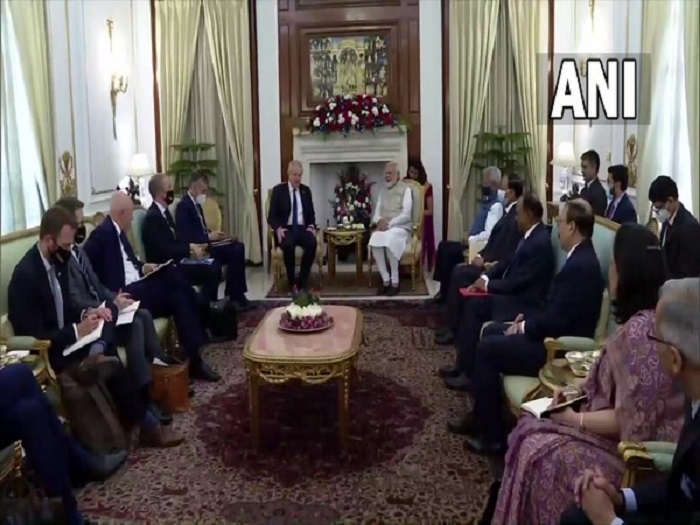 The UK Prime Minister, who is on a two-day visit to India, was given a Guard of Honour upon his arrival at the Rashtrapati Bhawan.

"It is a very auspicious moment in India-UK friendship and two democracies, largest and one of the oldest. I do not think things have ever been so strong and good between India and UK as they are now," Johnson stated.

Johnson arrived in Gujarat on Thursday, at the start of his visit to India to hold in-depth talks on the UK and India's strategic defence, diplomatic and economic partnership, aimed at bolstering close partnership and stepping up security cooperation in the Indo-Pacific.

"They (People of Gujarat) put on a fantastic welcome for us. It was absolutely extraordinary. I have never seen such a joyful reception."

"I would have not gotten the same reception anywhere else in the world. It was amazing to see your (PM Modi's) home state for the first time," Johnson said.