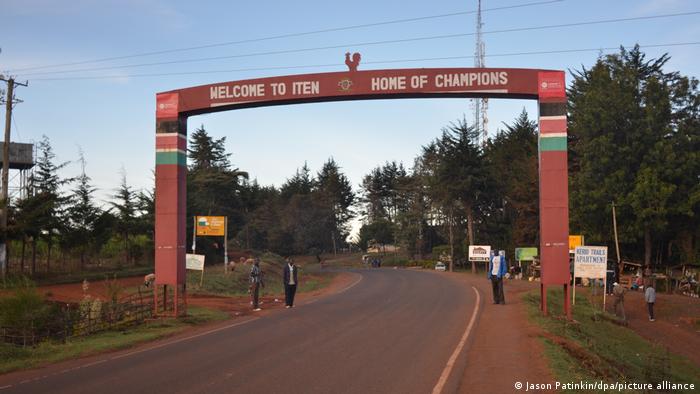 The Kenyan town of Iten is famous for training marathon runners

A Kenyan-born Bahraini athlete has been found dead in a house in Iten, a town in western Kenya that is famous for producing world-class athletes, police said on Tuesday.

Damaris Muthee Mutua was 28 years old and her boyfriend, who is Ethiopian, is a suspect in the killing, said Tom Makori, the police commander of the town.

The town of Iten hit headlines in 2021 after Kenyan Olympic runner Agnes Tirop was found stabbed to death in her house in the same town.

Tirop's mourners had called for an end to violence against women in the East African country.
What we know so far about Mutua's death

It's not clear when she was murdered, but it likely happened either late Saturday or early Sunday, as police found her decomposing body in the house, Makori said.

Makori added that police were looking for her boyfriend, who appears to have fled the country.

Mutua's body has been taken to the nearby hospital mortuary.

She won two bronze medals at the 2010 Summer Youth Olympics in Singapore and the East African Junior Athletics Championships, a track and field competition in Khartoum, before she became a Bahraini national.