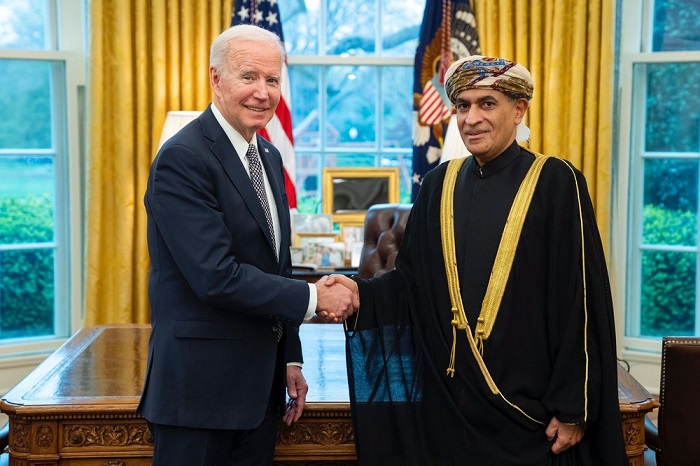 During the meeting, the ambassador conveyed sincere greetings of His Majesty Sultan Haitham bin Tarik along with His Majesty’s wishes to the president  and to his country’s people further progress and prosperity and for the relations between the two countries further development and success.

In his turn, US President asked the ambassador to convey his greetings and wishes to His Majesty the Sultan, the government and the people of the Sultanate, wishing the bilateral relations between the two countries further development and success.