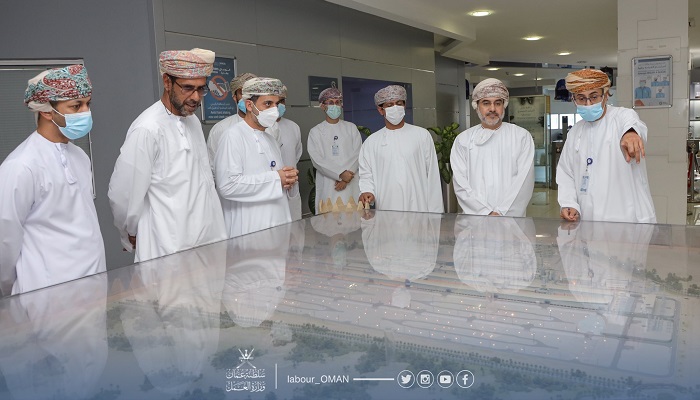 Muscat: The Social Dialogue Committee at the Ministry of Labour and the General federation of Oman workers has visited a number of companies and met with its departments and worker federation, to discuss existing challenges and proposed solutions.

In implementation of the directives of His Majesty Sultan Haitham bin Tarik - may God protect him - to the necessity for officials to visit the governorates and to overcome all obstacles that may hinder the implementation of the government's plans His Excellency Sheikh Nasir Al Hosani, Undersecretary of the Ministry of Labour visited the General Directorate of Labour in the governorate North Al Batinah to see the progress of work and listen to the suggestions of its specialists.

During the visit, a tripartite meeting was held that brought together representatives of the General Federation of Trade Unions and Trade Unions and the General Directorate of Labour in North Al Batinah, during which they discussed strengthening cooperation between the three parties.