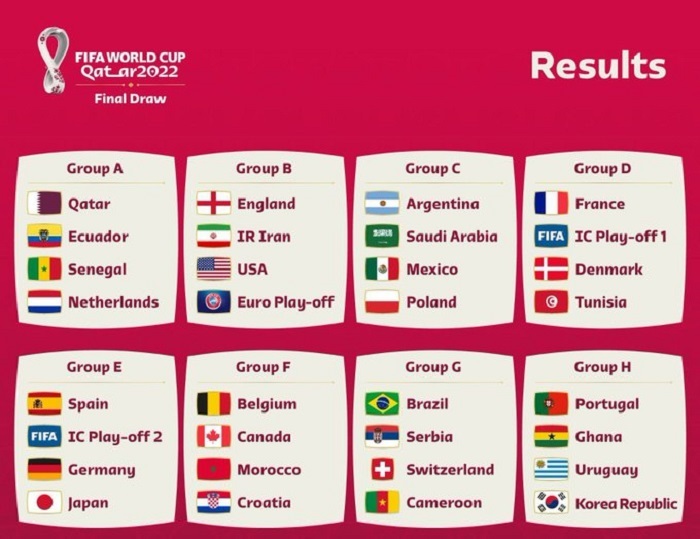 Doha : Following a dazzling final draw for the FIFA World Cup Qatar 2022, the tournament match schedule has been published by the football's world governing body.

Given the compact nature of Qatar, event organisers were able to assign, for the first time ever, group stage games to a stadium and kick-off time for each matchday after the final draw, optimising the match schedule for the benefit and comfort of spectators, teams, media and the global audience. Qatar in 2022 will host the first FIFA World Cup in the Middle East and Arab world and will only be the second one to be played on the Asian continent.

The 22nd edition of the tournament will kick off on November 21, 2022, when Qatar -- the reigning champions of Asia -- take their FIFA World Cup bow at the tournament's first match at the stunning 60,000-seat Al Bayt Stadium in Al Khor City.

Notably, Qatar will host the most compact version of the tournament in modern history. All eight stadiums are within 50km of central Doha, while fans, players, and officials will be able to stay in one accommodation throughout the event, which will conclude with the final at the 80,000-seat Lusail Stadium on December 18, 2022 -- which is also Qatar National Day.

The action-packed group stage matches will run until December 2, when 16 sides will make their way through to the knockout rounds. The round-of-16 fixtures are due to take place between December 3 and 6, with the quarter-finals being held on December 9 and 10.

Semi-final showdowns with plenty at stake are pencilled in for December 13 and 14, with the final pulling in a global audience of billions on December 18 - the day after a third-place play-off has seen bronze medals handed out.