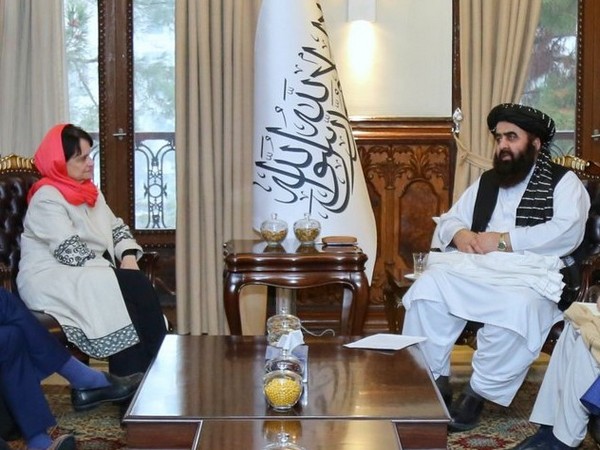 In a press release, the Foreign Ministry of the Islamic Emirate of Afghanistan (IEA), said that Lyons stated that she presented a "positive report" of Afghanistan in the UNSC's latest meeting which is an achievement for the interim government of the IEA, Khaama Press reported. Earlier, the Taliban welcomed the renewal of the UN mission in Afghanistan (UNAMA) mandate for Afghanistan for a period of 12 months.

Last week, the UN Security Council extended the mandate for Afghanistan. The resolution was confirmed by 14 votes, with Russia abstaining.

During the meeting, Muttaqi expressed hope that the renewal of the UN mission in Afghanistan's (UNAMA) mandate will not only be concentrated on the humanitarian situation but will also help in the political sphere and will help Afghanistan gain recognition, Khaama Press reported.

Muttaqi further said the extension of the mandate will be a positive step in lifting sanctions on individuals and the economy of Afghanistan.

"Absence of Afghanistan's Permanent Representative to the UN has led to violation of rights of the Afghan people both inside and out of Afghanistan," Khaama Press Muttaqi as saying.

During the meeting, both the parties agreed to continue meeting for resolving issues.

UNAMA is mainly focused on providing aid and assessing the situation of Afghanistan. Based on available numbers, the poverty rate has unprecedently increased as Afghanistan is struggling with a dire humanitarian crisis post-Taliban took control of the nation last August.