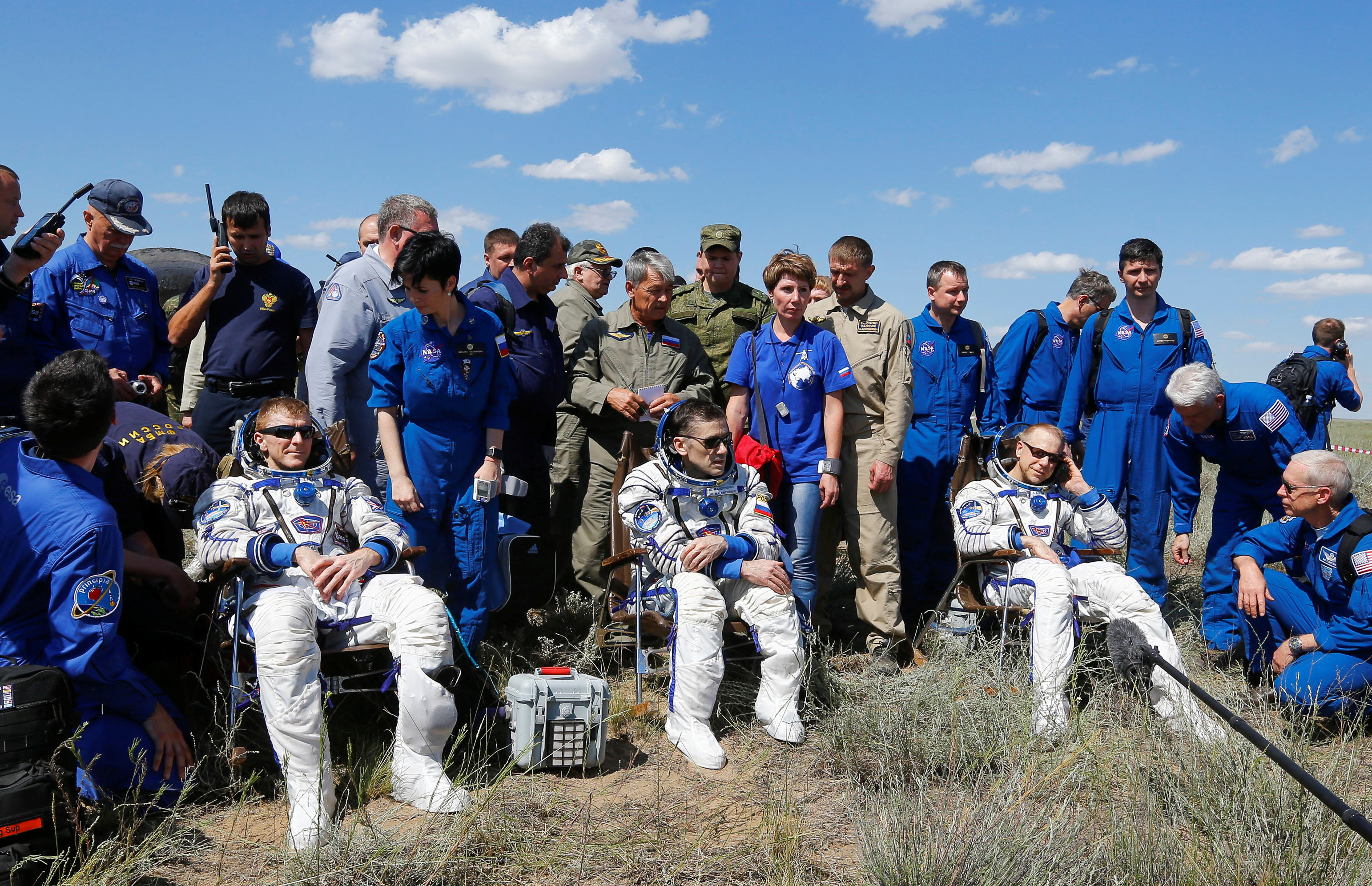 (Zhezkazgan) Kazakhstan: A Soyuz capsule carrying a Russian, an American and a Briton from the International Space Station made a safe parachute landing on the steppe near the Kazakh city of Zhezkazgan on Saturday.
The three-man crew which includes Tim Peake, the first astronaut representing the British government, departed the station about three hours earlier after spending half a year in Earth's orbit. The capsule landed on its side, a frequent occurrence in the windy steppe area, after parachuting for 14 minutes.
A search and recovery team quickly extracted the trio from the capsule.
Alongside Peake, who smiled as he was being examined by flight surgeons, were commander Yuri Malenchenko and NASA astronaut Tim Kopra. Former army major Peake, who turned 44 aboard the station, was on a mission for the European Space Agency (ESA) and became the first astronaut wearing a Union Jack flag on his arm.
The first Briton in space was Helen Sharman, who travelled on a Soviet spacecraft for eight days in 1991.