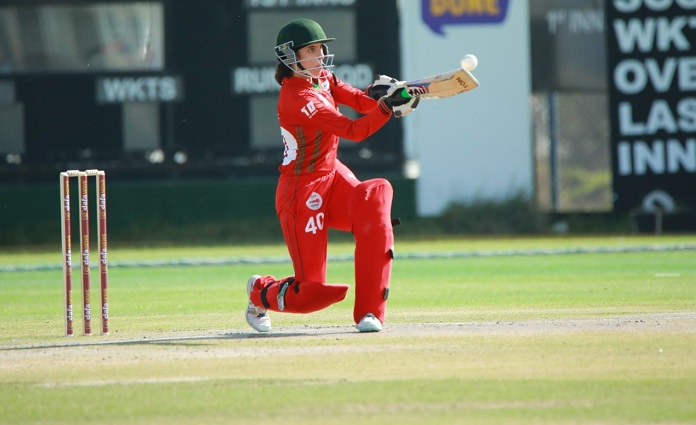 Muscat: In the second game of Day 2 of the GCC Women’s T20i Championship Cup, Oman recorded an enormous 182-run victory over Saudi Arabia at the Oman Cricket Academy Ground.

Batting first after losing the toss, Oman’s openers erected a 50-run stand to place their side in firm control of the tie. Sakshi Vijaya Shetty looked good for her 14-ball 22, but was dismissed in the fifth over after a running mix-up with her partner.

Unfortunately for the visitors, the next wicket did not arrive until the 14th over, at which point the scoreboard read 167. Stand-in skipper Fiza Javed led from the front with a brilliant 76-run knock and was ably supported over the course of a 115-run partnership by the equally destructive Nayan Anil.

The latter made 55 runs of her own. Priyanka Mendonca followed up her player of the match performance from Sunday with a 28-run cameo that saw Oman post a first innings total of 234/3 -the 8th highest total in Women’s T20i history.

Saudi Arabia, playing only their second-ever T20 International, gave away 50 extras and looked generally helpless against an in-form Oman batting unit. Therewere far too  many dropped catches and misfields and the hosts took fulladvant age to all but seal the victory before the innings break.

The second phase of play saw the visitors bundled out for 52 with 25 balls to spare. Cheryl Sewsunker was the only batter to reach double figures.

Speaking after the contest during her Player of the Match award presentation,Fiza Javed said, “I’m very happy that the team supported me, which is veryimp ortant. It (the match) was a good show. As a team we have learnt a lot, put in a lot of hard work and so I’m very happy with the win”.

Earlier in the day, Qatar edged their closely-contested match against Bahrain to emerge victorious by a 4-run margin.

Batting first after winning the toss, Qatar made 124/6 after 20 overs. Their innings was powered by a 55-run opening stand between Shahreen Nawab Bahadur and Hiral Agarwal, who made 31 and 22 runs respectively.

Bahrain’s openers Tharanga Gajanayake and Rasika Rodrigo bettered those totals, making an identical 43 runs each. However, the bowlers for Qatar kept their cool during crunch moments and pulled the game back in the final 7 overs to secure a much-needed win.