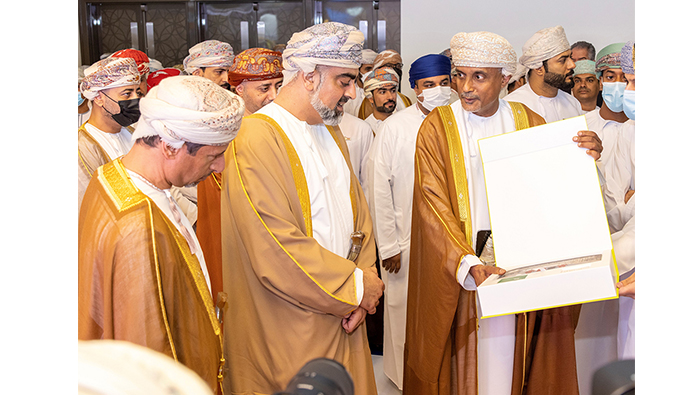 Muscat: BP launched the second edition of its socioeconomic review in Oman at the opening of the Oman Petroleum and Energy Show, where it was presented to His Highness Sayyid Taimur bin Asaad Al Said, Chairman of the Board of Governors of the Central Bank of Oman.

The review highlights BP’s commitment to Oman in line with the company’s sustainability frame, its alignment with Oman’s 2040 Vision, as well as its aim to be a leader in the transparency of reporting.

Yousuf bin Mohammed Al Ojaili, BP Oman President stated, “Oman continues to be a strategically vital country for bp and through our various projects at bp, we are aligning our objectives with Oman’s 2040 Vision, to encourage economic diversification and empower local talent.”

Safely avoided around 90,000 tonnes CO₂ emissions through our ‘green completions’ technology at Block 61

Working to digitalise Oman’s educational curriculum to benefit 600,000 students and 55,000 teachers as a gift to the nation.

Dr Khamis bin Saif bin Hamood Al Jabri, Chairman of Oman Vision 2040 Implementation Follow-up Unit, commented, “We are proud of BP’s efforts with their social investment programmes and their contribution towards developing Omani talents. As well as utilising environmentally friendly technologies, such as the green completions concept which aligns with our efforts towards achieving some of the key objectives of Oman Vision 2040, such as sustainability and supporting economic diversification.”

The review showcases examples of BP’s commitment to improving people’s lives through various programmes such as supporting the establishment of Oman’s first national Paralympic sailing team consisting of 25 Omanis to empower disabled youth through the sport of sailing - giving 25 Omanis the chance to compete in local, regional and international championships.

In addition, over 200 Omani graduates and technicians have been developed through BP’s graduate programme and over 150 Omanis have held international assignments at several locations including the UK, US, and Azerbaijan or global roles based in Oman, gain and share knowledge and boost their capabilities.

In 2021, BP Oman established a roadmap of sustainable emission reduction initiatives that could lead to a 56 per cent reduction of Greenhouse Gas (GHG) emissions by 2030.
BP has had a presence in Oman since 2007 and stands as a major investor within the country. BP continues to deliver on one of the most challenging tight gas reservoirs in the Middle East; block 61 in partnership with OQ, PTTEP and PETRONAS.