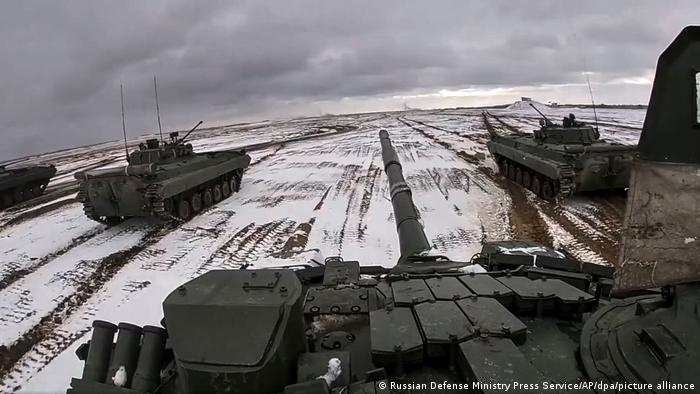 Nicosia: The Russian invasion of Ukraine has put several states in the Middle East in a very difficult position. On the one hand, they cannot openly condone aggression and the invasion of an independent country by a powerful neighbour and so they must speak against it (without angering Moscow), and on the other, they do not want to put at risk their mutually beneficial relations with Russia by imposing sanctions.

So, these countries are engaging in the delicate balancing act of verbally condemning the invasion and at the same time refrain from joining the economic and other sanctions imposed on Moscow by the West.

Except for Syria and Iran - which supported Russia or blamed the war on NATO- almost all countries of the Middle East, have disappointed the United States, the European Union, Canada, and the West in general, on the issue of imposing sanctions on Russia and so far, resisted calls to increase oil and natural gas production to alleviate the problems Europe is currently facing.

According to the influential Politico journalism company, Finland, Latvia, Estonia, Bulgaria, Slovakia, Croatia, and the Czech Republic got more than two-thirds of their gas from Russia in 2020, while Germany, Austria, Greece, Italy, Lithuania, Poland, Hungary and Slovenia relied on Russia for more than 40 per cent of their gas.

If Russia cuts gas supplies in retaliation to the sanctions imposed by the US and the European Union, all the countries above will face a huge energy problem, and what is more at a time when oil prices have hit their highest level in more than a decade.

So, Washington and Brussels turned their attention to the United Arab Emirates, Qatar and Saudi Arabia, hoping that these countries and the Organization of Petroleum Producing Countries (OPEC) as a whole would substantially raise their production in order to cover the energy shortfall in Europe and keep in check the soaring energy prices.

They were in for a surprise. OPEC + countries, including the UAE, Saudi Arabia and Qatar, have refused to increase their production and decided to stick to a deal previously agreed between member states.

Although the UAE is generally seen as a pro-western Gulf nation, it cooperates closely with Russia, particularly in the framework of OPEC + which in addition to the traditional members includes Russia.

Yousef Al Otaiba, UAE Ambassador in Washington a few days ago had said that Abu Dhabi favored production increases. However, Suhail Al Mazrouei, the country's energy minister, corrected that statement later, stressing that the UAE is committed to the OPEC+ agreement and its production adjustment mechanism.

In a surprising balancing act, on 25 February the UAE abstained from a resolution condemning the Russian invasion of Ukraine taken at the UN Security Council, while on 2 March in the UN General Assembly, the UAE voted for a non-binding and largely symbolic resolution demanding that Moscow immediately to withdraw its troops from Ukraine.

Saudi Arabia also made known that it will not increase oil production in order to reduce soaring oil prices and reaffirmed that it will stick with the output agreement it made in the OPEC+.

According to a report in the Wall Street Journal, the Saudi Crown Prince Mohammed bin Salman and the leader of the UAE Sheikh Mohammed bin Zayed al Nahyan would not come to the phone when President Biden tried to call them to discuss boosting oil exports. In contrast, both leaders have taken calls from Vladimir Putin and later from Ukrainian President Volodymyr Zelensky.

The Saudis and the Emiratis are angry with Biden because they feel that the United States had not really supported them when Iranian-backed Houthis launched missile strikes against targets in the two Gulf states.

Furthermore, they are concerned because the US Administration is going ahead with the Iran nuclear deal, without taking Saudi Arabia's and the UAE's interests into consideration.

For his part, the Emir of Qatar has taken a lukewarm stand towards the Russian invasion of Ukraine and only called for "all parties to exercise restraint," without blaming Russia.

Also, Qatar argued that it cannot increase its liquefied natural gas output or significantly redirect its LNG exports to Europe because its production is tied to long-term supply contracts with Asian countries.

Egypt has voted in favor of the US-backed resolution at the UN General Assembly condemning the Russian invasion but made it clear that it is not shutting down ties with Moscow. On March 3, Egypt announced that the Suez Canal would not be closed to Russian ships.

Cairo's main concern is to avoid the interruption of wheat supplies from Russia, on which it depends to feed its 105 million population.

Turkey, which in recent years has maintained good relations with Ukraine, selling it its drones, and has also extensive trade relations with Russia, has refused to join the Western sanctions against Moscow and tried to play the mediator in the conflict.

NATO Chief Jens Stoltenberg told Cavusoglu in no uncertain terms that the alliance expects all members to impose sanctions on Russia.

Turkey's Presidential Spokesperson Ibrahim Kalin, speaking to CNN International responded to this, by saying: "At the moment, we do not plan to impose sanctions on Russia. Because we want to keep the channel of trust open. We want to keep the lines of communication with the Russians open. And of course, we do not want our economy to be impacted."