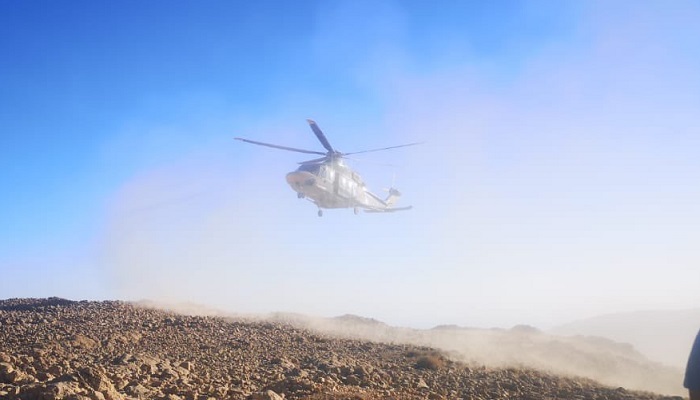 Muscat: The Royal Air Force of Oman operated a helicopter flight to bring consumables for the people of the village of Saya in Al Jabal Al Aswad in Qurayyat.

The Ministry of Defence said: “In continuation of the national efforts and the services and humanitarian assistance provided by the Ministry of Defence and the Sultan’s Armed Forces, the Royal Air Force of Oman, with the support of the Royal Army of Oman, flew one of its helicopters to the people of the village of Saya in Al Jabal Al Aswad in Qurayyat for the transportation of consumables materials for the citizens residing there, due to the difficulty of access by road.”