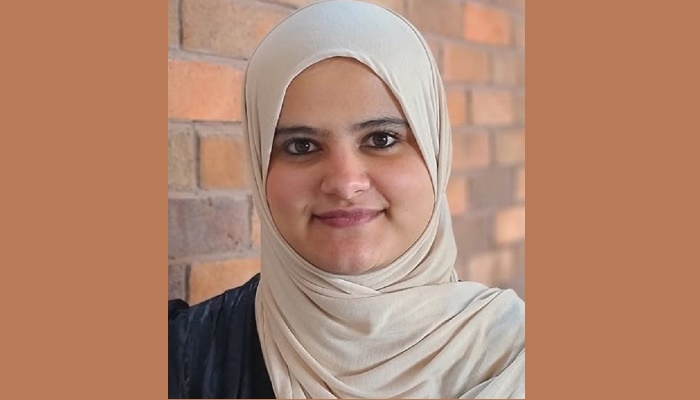 Dr. Zainab Al Ani, Research Assistant at Sultan Qaboos University, said that cutting emissions and minimising the utilised energy while keeping the production unaffected is a complex problem that can be solved by multi-objective optimisation.

Muscat: A study conducted by a research team led by Dr. Zainab Al Ani, Research Assistant at Sultan Qaboos University, is among the winning innovative research projects in the 8th National Research Award, organised by the Ministry of Higher Education, Research and Innovation. The award is given in the Young Researcher’s category in energy and industry. The subject of the research is ‘Simultaneous Energy and Environment-based Optimisation and Retrofit of TEG Dehydration Process: An Industrial Case Study’,

Elaborating on the project, Dr. Zainab Al Ani said that Carbon dioxide emissions (CO2) during the dehydration process of natural gas are of great concern as this gas negatively affects the climate and environment in general. Dehydration process also encounters many heating, cooling and pumping units, which leads to high energy consumption. Reducing these emissions along with minimising the utilised energy while keeping the production unaffected is a complex problem that can be solved by multi objective optimisation (MOO).

She maintained that the research project focused on minimizing CO2 emissions, energy consumption (ENG) along with water content in the gas (WT), which meant that the performance of the plant has improved from operational, environmental and energy point of view. Furthermore, the process was simulated with ProMax 4.0 and approved to be valid with the real plant data. Non-dominated sorting genetic algorithm (NSGA-II) was used for attaining the Pareto fronts for the decided MOO cases.

According to Dr. Zainab, the affecting decision variables and limitations were decided based on the capacity of the plant and industrial practice. Two bi-objective cases and a tri-objective case were considered, which were minimizing CO2 emissions and WT (case 1), minimizing ENG and WT (case 2) and minimizing WT, ENG and CO2 emissions simultaneously (case 3). An attempt to retrofit the current process was also proposed and the cases were carried out with the modified process. The results showed noticeable improvement and enhancement in the given process.

Dr. Zainab maintained that the results revealed that the wet gas temperature decision variable was an important factor in both cases. Increasing it led to an increase in WT objective function. For example, in case 1, increasing it from 316.22 to 321.98 K increased WT from 51.99 to 72.02 mg/Sm3. The other impactful decision variable was found to be Reboiler Temperature, since it caused the conflict between the objectives. For instance, in case 2, at Reboiler temperature of 468.22 K, WT was found to be 49.95 mg/Sm3 and ENG was 2200 kW. As Reboiler temperature increased to 473.15 K, WT and ENG reached values of 44.91 mg/Sm3 and 2400 kW, respectively.

Dr. Zainab further clarified that the dry gas flow decision variable affected the results of case 1 due to its reversible effect on CO2 emissions and WT. The suggested retrofitting proved to be successful with respect to the studied objectives. It reduced the values of the Pareto solutions of WT remarkably in all cases. The addition of the polishing column also improved CO2 emissions and ENG Pareto solutions because it minimised the load on the reboiler. Thus, the retrofitting affected the convergence of Reboiler temperature which, in turn, affected the objective values.

She added that in both bi-objective cases, Reboiler temperature converged to values higher than 464.15 K in the original process configuration. On the other hand, in the retrofitted configuration, this value was reduced to 440.38 K, while generally, the other decision variables converged to the same range of values in both original and retrofitted cases. Dr. Zainab suggested that these findings could be implemented in the real industrial plant for enhancement and could also be used to provide a better understanding of any similar dehydration process.

This research project was conducted by Dr. Zainab Al Ani, Dr. Ashish M. Gujarathi and Prof. G. Vakili-Nezhaad and was published in the Process Safety and Environmental Protection journal. Dr. Zainab stated that “I am extremely honoured in receiving the National Research Award, which is such an important recognition a researcher can have for his work. The value of this award is even more important for us (the research group) because of the difficulties that we faced during work on this project.”