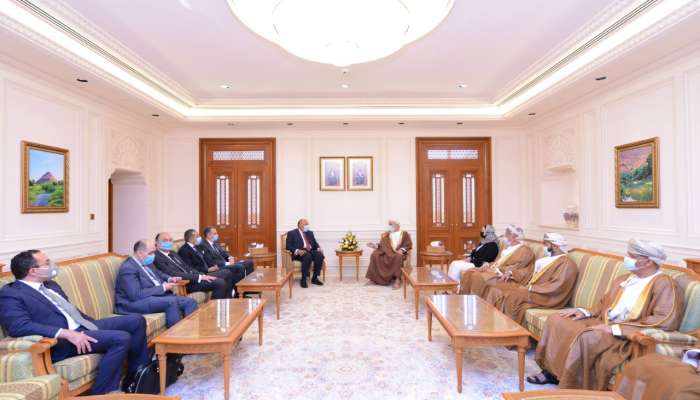 Muscat: Sheikh Abdulmalik Abdullah Al Khalili, Chairman of the State Council, received on Sunday Sameh Shoukry, Minister of Foreign Affairs of the Arab Republic of Egypt and his accompanying delegation.

The meeting came within the framework of the guest's official visit to the Sultanate of Oman.

During the meeting, the two sides reviewed the existing bilateral relations between Oman and Egypt and ways to boost them in various fields.

They also discussed developments in the region, in addition to a number of regional and international issues of mutual interest.

The meeting was attended by a number of officials from both sides.