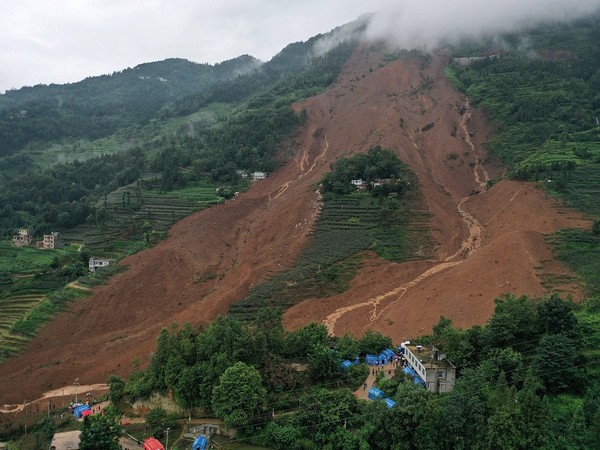 Guiyang [China]: The local authorities on Tuesday informed that five people were killed and nine others remain missing in a landslide incident that hit a construction site in Bijie City, southwest China's Guizhou province.

As per the municipal government of Bijie, the landslide occurred at around 7 pm on Monday, reported Xinhua. As of 7 am Tuesday, eight people were rescued.

Three of them have been sent to a local hospital for treatment and are in stable condition, while five others were confirmed dead.

More than 720 staffers from emergency, fire, and public security departments have rushed to the scene to search for the missing people, reported Xinhua.