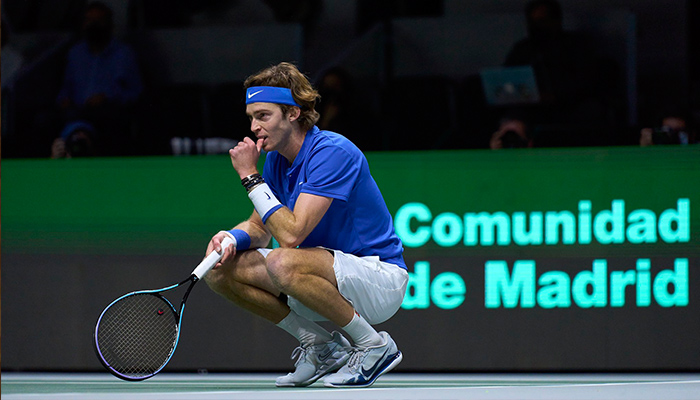 The Russian is the fifth player to test positive for the virus after playing at an exhibition event in Abu Dhabi, this month. Earlier, Rafael Nadal and his coach Carlos Moya along with Denis Shapovalov, Olympic tennis champion Belinda Bencic and Tunisian Ons Jabeur have tested positive for COVID-19 following their participation in the exhibition event in UAE.

"I am currently in Barcelona and unfortunately tested positive for COVID-19," he wrote on Twitter. "I am in isolation and following all the protocols under the supervision of doctors."

"As you know, I am fully vaccinated and was preparing for tournaments - ATP Cup and Australian Open. Now I have to recover and I will go to Melbourne only when it will be safe for everyone."

Rublev who is currently in Barcelona is isolated with minimal symptoms. The 24-year-old was slated to play for Russia in the ATP Cup from January 1. Season's first Grand Slam, the Australian Open begins on January 17 in Melbourne.