All clear after 7.3 quake, tsunami warning in Indonesia 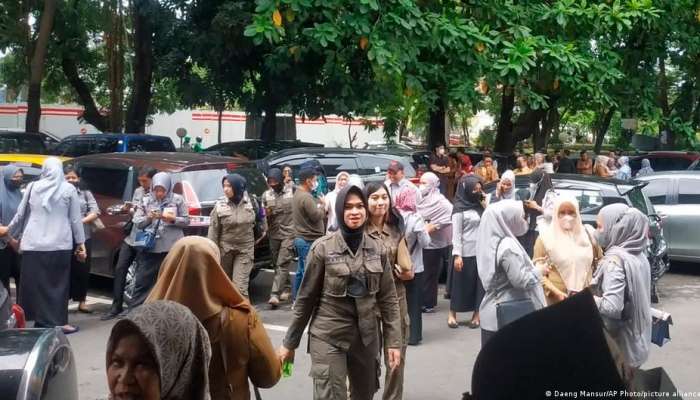 Jakarta: The Pacific Tsunami Warning Centre warned of "hazardous waves" after a 7.3-magnitude earthquake struck 100 kilometres (62 miles) north of an Indonesian town called Maumere in the Flores Sea. The warning was later lifted.

"Based on all available data [...] the tsunami threat from this earthquake has now passed," the Pacific Tsunami Warning Centre said later on Tuesday.

The ceneer added, "Minor sea level fluctuations may occur in some coastal areas."

The US Geological Survey (USGS) said the powerful quake was registered at a depth of 18.5 kilometres (11 miles) in the Flores Sea at 12:20 p.m. local time.

The USGS said there was a small chance of casualties from the earthquake.

But it added that "recent earthquakes in this area have caused secondary hazards such as tsunamis and landslides that might have contributed to losses."

"Everyone ran out into the street," Agustinus Florianus, a resident of Maumere town on Flores island, told Reuters news agency.

Several aftershocks tipping the scales above magnitude 5 followed in the subsequent hours.

"We have checked and there are no reports of damage," East Flores district chief Anton Hayon told Kompas TV.

Television channels showed residents escaping the coast on motorcycles and on foot in fear of a tsunami.

An official of the Indonesian meteorology agency, Muhamad Sadly warned people to stay away from beaches for at least two hours, after which the tsunami warning would be lifted.

"I was in the field. People ran in panic. I am still... scared," said Nuraini, a who lives in Adonara island in the East Flores Regency.

Indonesians have suffered greatly from living on the Ring of Fire, with a 2004 tsunami from a 9.1 magnitude tremor killing 220,000 people in the region, 170,000 from archipelago.