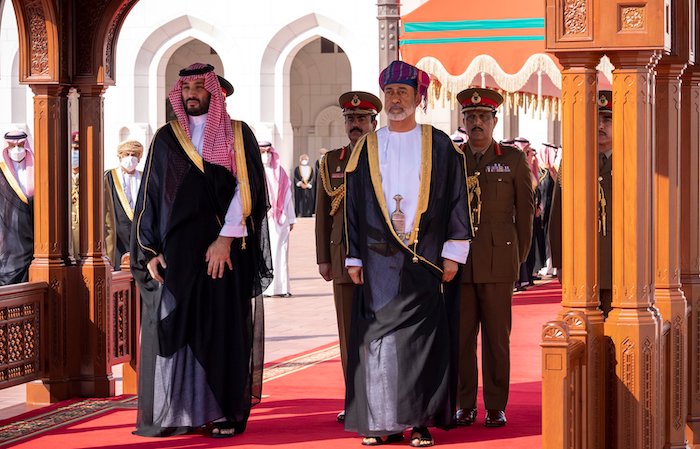 At the outset of the session, His Majesty the Sultan once again welcomed HRH Prince Mohammed bin Salman and wished him and his official delegation a pleasant stay in Oman. The Saudi Crown Prince expressed his gratitude to His Majesty for the warm reception and hospitality accorded upon his arrival.

The session reviewed various aspects of bilateral cooperation, ways to consolidate ties between the peoples of the two countries and means of realizing their aspirations. The two sides also exchanged views about issues of common concern.