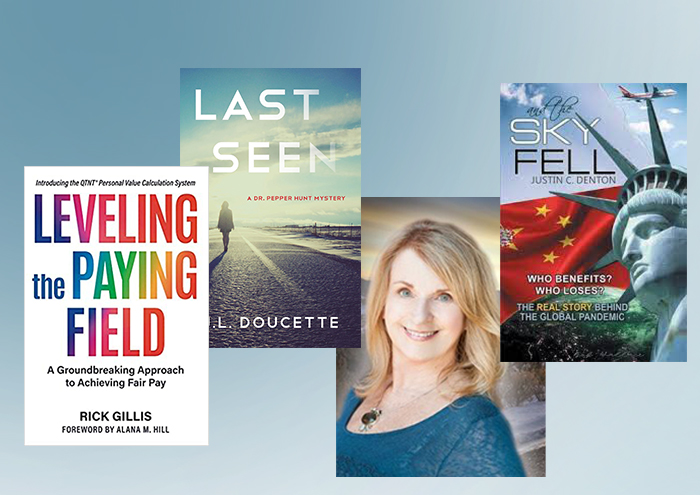 Honor Through Sacrifice
by J.L. Doucette

"A man can fight if he can see daylight down the road somewhere," said President Lyndon B. Johnson. "But there ain't no daylight in Vietnam -- there's not a bit." As he said that, he was committing the first U.S. ground combat units and initiating a massive bombing campaign in North Vietnam. Unaware of Johnson's misgivings, Gordon Lippman dutifully entered Vietnam as an Infantry Division executive officer.

Lippman was the man soldiers wanted to follow, a stud from small-town America destined to become a leading member of "The Greatest Generation."

This is a sweeping story on the broad landscape of twentieth-century compromise, accommodation and conflict, from the allied war in Europe to the forgotten victory in Korea to the televised dinnertime war in Vietnam.

When shy Xavier goes on a field trip to an art museum, all he wants to see is Vincent van Gogh's "The Starry Night." But suddenly the museum's masterpieces go missing and Xavier must figure out where the paintings went, who took them, and why.

This fun mystery's whimsical rhymes and joyous pictures take readers on a dazzling journey of discovery. Featuring art from children around the world, this book is a treat for all ages. Get ready to let your curiosity soar. The book includes a real-life treasure hunt hidden within the pages, with a $10,000 prize. This treasure hunt benefits the International Child Art Foundation and proudly features works from child artists around the world.

And The Sky Fell
by Justin C. Denton

"Somebody's playing a game with us," says General Beringer in War Games. During the COVID-19 pandemic, many questions have been asked: Who is responsible? Where did the virus come from? What happened in the Wuhan Institute of Virology? Why did this happen? And more.

In this book, many of the dots are connected, and the navigation buoys are anchored and ready to steer you through this most terrible fact-filled account of the proceedings that have caused the event. The entire world has been played and is the victim of crimes against humanity. This book will inform, make you think and help you understand the event that continues now and in the foreseeable future.

For anyone who takes home a paycheque, is seeking a new job opportunity or carving out their own career path, here's the opportunity to take pay parity into your own hands. Several books exist on the topic of fair pay, but none offers an individual approach to achieving fair pay such as "Leveling the Paying Field."

Author Rick Gillis has created a rich new metric for measuring the value of the work you produce which he calls the QTNT® (pronounced: 'quotient'). Your QTNT score can then be used to reasonably and realistically challenge your current rate of pay. Not only can equal pay for equal work ultimately be realized, but proper pay for outstanding performance becomes the new normal.