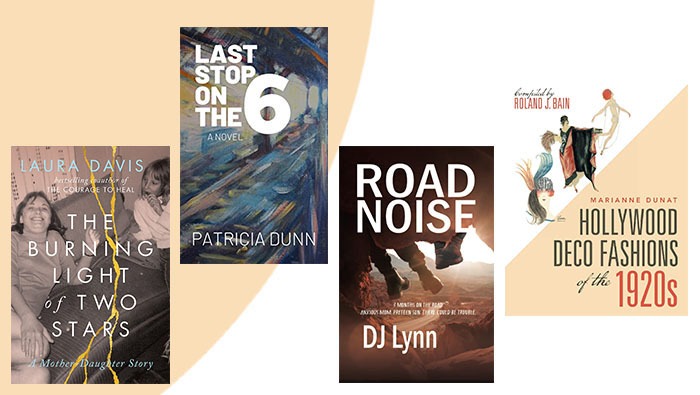 Last Stop on The 6
by Patricia Dunn

Says author Kathy Curto, "If you like quick-witted, fast-talking, and street-smart characters who have big dilemmas and even bigger hearts, look no further than Patricia Dunn's "Last Stop on the 6."

At times hilarious, at times heartbreaking, "Last Stop on the 6" is the return of the prodigal daughter to a world of long-buried hurts, political complexities and female resilience. Set at the dawn of the Gulf War, it tells the story of a young woman grappling with warring identities: that of her upbringing in working-class, Catholic, Italian American Pelham Bay and her new life as a Birkenstock-wearing, vegetarian anti-war activist in Los Angeles.

DJ just wanted a life uncomplicated. Instead, she was barely 40 with four failed relationships, a college-age daughter who hated her and a witty preteen son with ADD. At the root, she supposed, were the men.

There was the long-dispatched and unambitious Marley, who preferred surfing to working while waiting out his inheritance. But she was only 19 then, so stupidity figured into that one. On his heels was Tom, the Armani-wearing womanizer. Then Jason, who she couldn't hate because he had more scars than she did. But the one who brought her to this point was Jim, a man 10 years younger who loved her just as she was but who just died of leukemia. So she decided to run. Purchase at https://amzn.to/3sp87cn.

Hollywood Deco Fashions of the 1920s

This book traces the experiences of a young French woman along the path she followed in 1919. She moves from a very small village in the south of France to the grandeur of Hollywood's motion picture industry during its most electrifying and dazzling period: the golden age of the 1920s. Travel companion to a wealthy woman, Marianne Dunat's rapture when experiencing the elegant fashion shows in New York and Paris evolved into a deep desire to develop her innate artistic skills.

Readers are guided along artistic learning curves from the most elementary form, sketching, to portraying in great detail the rudimentary components of the female head and body, and finally to the creation of exquisite apparel. The extensive growth and eventual range of Ms. Dunat is self-evident.

The Burning Light of Two Stars
by Laura Davis

This riveting memoir that reads like a novel is a gut-wrenching story of a mother and daughter who had every reason to never speak again yet were determined to find their way back into each other's lives.

A vivid examination of the endurance of mother-daughter love, written by the author of the classic bestseller, The Courage to Heal, Laura Davis' new memoir begs the reader to consider: Can you caretake a parent who betrayed you in the past? How do you open a heart that's been closed for good reason? What happens when a dramatic, narcissistic, elderly mother moves across the country to entrust her formerly-estranged daughter with the rest of her life? Fireworks fly, but can the two reconcile?