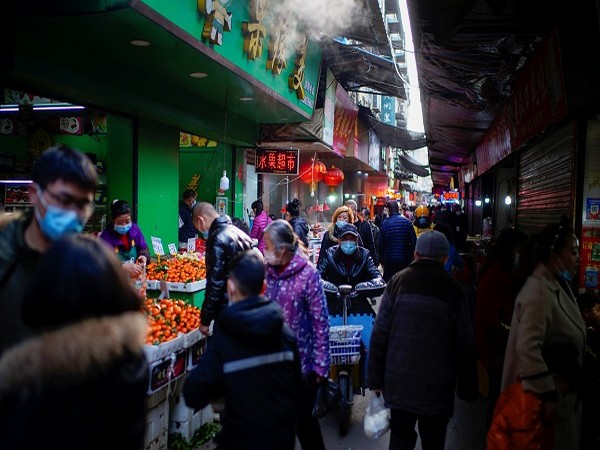 Washington: A new report has claimed that a female vendor at the Huanan Market in the Chinese city of Wuhan was the first known case of COVID-19 instead of a male accountant who lived several miles away from the market.

Hitherto, the earliest known case of COVID-19 has been attributed to a 41-year-old male accountant who lived nearly 30 km south of Huanan Market. The latest report, which refutes this claim, has been published in the journal Science by Michael Worobey, head of the Department of Ecology and Evolutionary Biology at the University of Arizona. The report states that a female seafood vendor who worked at the live animal market in Wuhan and became ill on December 11, 2019, was likely the first known case of COVID-19.

However, Worobey noted that the illness the man reportedly experienced on December 8 was likely due to dental problems he had retained into adulthood and his actual COVID-19 symptoms began on December 16.

"Crucially, however, the now famous 'earliest' COVID-19 case, a 41-year-old male accountant, who lived 30 km south of Huanan Market and had no connection to it--illness onset reported as 8 December--appears to have become ill with COVID-19 considerably later," the scientist said. "When interviewed, he reported that his COVID-19 symptoms started with a fever on 16 December; the 8 December illness was a dental problem related to baby teeth retained into adulthood."

According to Worobey, this indicates that he was infected through community transmission after the virus had begun spreading from Huanan Market.

"He (Chinese man) believed that he may have been infected in a hospital (presumably during his dental emergency) or on the subway during his commute; he had also traveled north of Huanan Market shortly before his symptoms began. His symptom onset came after multiple cases in workers at Huanan Market, making a female seafood vendor there the earliest known case, with illness onset December 11," he said.

The writer also cited reports that looked into the first known infections at the Wuhan South China Seafood Wholesale Market and posited that the vendor's case predated the accountant's.

Notably, the female vendor reported knowledge of several possible COVID-19 cases in clinics and hospitals that were near Huanan Market from December 11, and Huanan Market patients were hospitalized at Union Hospital as early as December 10.

Several experts including a WHO-appointed investigator endorsed Worobey's arguments. However, some said that the evidence he presented was still not sufficient enough to definitively say how the outbreak began, The New York Times reported.