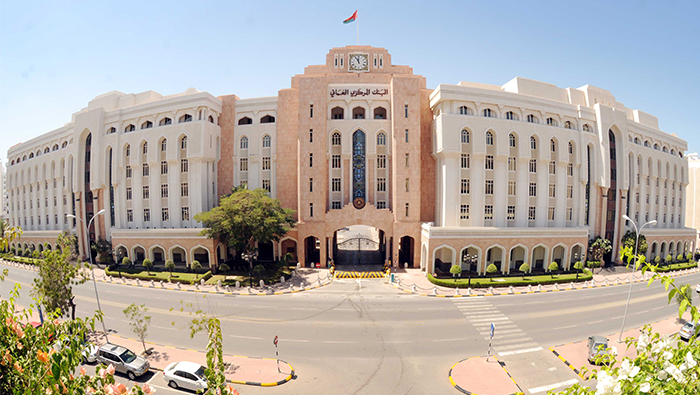 Muscat: The outlook for financial stability has improved with the roll-out of vaccines and gradual transition to normalcy, the Central Bank of Oman (CBO) said in its ninth issue of the Financial Stability Report (FSR).

While acknowledging the challenges caused by the COVID-19 pandemic, the report mentions that the policy measures taken by the government and CBO to support businesses and households avoided any major set-back and supported a rapid recovery of the economy.

“Despite the heightened global uncertainty about the effectiveness of COVID-19 vaccinations and the new strains of the novel coronavirus, the outlook for the Omani economy looks positive in 2021 and 2022,” CBO said in its report.

This is on the back of a steady recovery in oil prices, the credible fiscal consolidation measures taken by the government, as well as the implementation of the government's large-scale vaccination programme.

“A survey of a cross-section of market participants and other stakeholders conducted in August 2021 revealed that the majority of the respondents showed confidence in the Omani financial system, and their optimism regarding the likelihood of an adverse event in the near future improved as compared to the previous survey,” the report added.

The combined impact of the drop in oil prices and the strict precautionary measures caused nominal GDP to decline by 17 per cent in 2020. Similarly, real GDP declined by 2.8 per cent, a considerably smaller contraction than what was expected by the International Monetary Fund (IMF).

The persistent twin deficit along with the upward trend in public debt remained key challenges to macroeconomic stability in the Sultanate, the CBO report said.
“Both domestic and external public debt increased during 2020 and the first half of 2021 to finance the elevated twin deficit. External debt continues to be the main source of deficit financing, but it also played an important role in supporting CBO's foreign reserves,” the report added.

Despite these challenges, CBO foreign reserves remain adequate to support the stability of the fixed exchange rate regime and to provide suitable coverage of imports.
Price stability continued to be one of the strengths of the Omani economy. The stable fixed peg to the USD continued to serve as a credible nominal anchor that supports price stability and minimises the risk of imported inflationary pressures.

“Consumer Price Index inflation turned negative in 2020, but it is expected to moderately rise in 2021 due to the anticipated economic recovery and the application of the VAT,” the CBO report said.

The report also highlights that the Omani banking sector continued to be robust with strong soundness indicators despite the challenging operating conditions. The stress induced by the pandemic has created fragility for the banks and the borrowers. However, due to the international regulatory reforms and domestic regulatory norms, banks in Oman entered the pandemic from a position of strength with large capital buffers, which helped them sail through the stressed period.

The robust capital base of the banks provided them ample cushion to expand their balance sheets while absorbing the shocks. Resultantly, the sector supported the economy by providing relief to the affected borrowers in the form of deferment of loans besides extending additional credit to meet the financing needs of the economy.
Despite some pressures, the risks to asset quality of banks remained largely well-contained with low NPLs and adequate provisions. Banks' profitability declined during 2020, which was expected in line with the challenging operating conditions.

The pandemic exerted some pressure on the liquidity conditions. However, the provision of liquidity by CBO ensured adequate liquidity in the banking system. Banks remained fairly liquid with both Liquidity Coverage Ratio and Net Stable Funding Ratio above the regulatory requirements, the CBO report said.