CDAA's endless efforts to bring life back to normal post-Shaheen 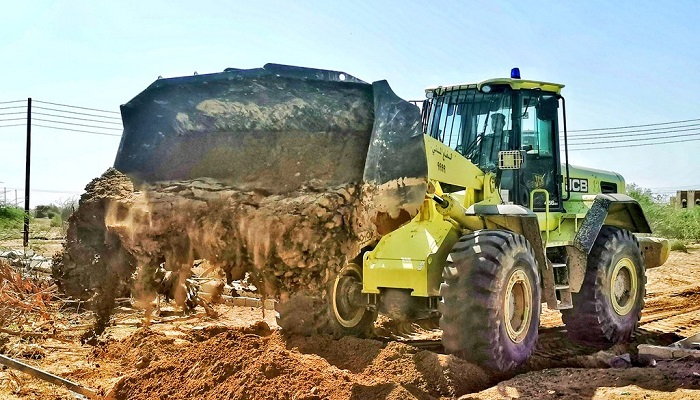 Muscat: The Civil Defence and Ambulance Authority (CDAA) has dealt with more than 2300 cases since the beginning of the tropical situation Shaheen, and managed to rescue 544 people who were trapped in their homes due to floods.

The authority said that since the issuance of alerts from the competent authorities regarding the tropical situation Shaheen and the possibility of the northern governorates of the Sultanate being affected by extreme weather, they were ready to respond and deal with reports and implement the authority's plan.

Within the framework of the pre-situation preparations and through the authority’s plan to deal with tropical situations, it mobilised human capabilities, machinery and heavy equipment, including evacuation vehicles, water suction equipment, and search and rescue devices and equipment such as mobile search devices K9 (searching dogs for missing persons) and a number of drones, rubber boats, water bikes, road-paving equipment (shawls) and water tankers of various sizes and supplying them to all governorates expected to be affected by the cyclone.


The authority, represented by the Public Relations Department, published many awareness materials and instructions to be followed to mitigate the effects of the tropical situation in various media, especially the authority's social media, such as fixing volatile materials, avoiding the sea, not taking risks by crossing valleys and low areas and other related awareness aspects.


The teams of the authority, in cooperation with the competent authorities, searched the citizens and residents living near the beaches extending from the Governorate of Muscat to the Governorate of North Al Batinah by evacuating their homes and transporting to safe shelter centres announced by the National Center for Emergency Management.


The civil defence and ambulance teams, with their equipment and mechanisms, deployed in areas expected to be affected by the tropical situation and distributed them in various sectors through a clear work mechanism and in accordance with the approved plan to respond and quickly deal with any communication received in those areas, in coordination with the sub-committees for emergency cases management in the governorates.

The teams of the authority dealt with 416 reports during the direct effects of the tropical situation, the most prominent of which was dealing with rescue of people in vehicles in the valleys and flooded homes.


The authority continued its post-situation awareness efforts and redoubled efforts to deal with the effects of the tropical situation, and reinforced the North Al Batinah Governorate with other specialised teams, equipment and mechanisms to speed up the pace of work to ensure that life returned to normal.

Assigning field operations to the National Search and Rescue Team


The CDAA continued its efforts in responding and dealing with reports and providing support due to the increased impact of the wilayats of Suwaiq and Al Khaboura by the tropical situation and in the Al Batinah North Governorate. The authority assigned its field operations to the National Search and Rescue Team by establishing an advanced field centre in the Wilayat of Al-Suwaiq.

The field teams dealt with 1925 communications, as these communications varied between reopening and leveling internal roads in residential neighborhoods, removing fallen trees on roads and citizens’ homes due to strong winds, providing drinking water, and suctioning stagnant water. Distributing supplies and supplies to the affected people, cleaning homes, towing and taking out vehicles, in cooperation with various military, security, governmental, and private agencies, and volunteers.

The authority extends its heartfelt thanks to everyone who cooperated, including agencies and volunteer teams, and view this as a national duty to stand with the citizens and residents in an effort to return life to normal at the earliest. 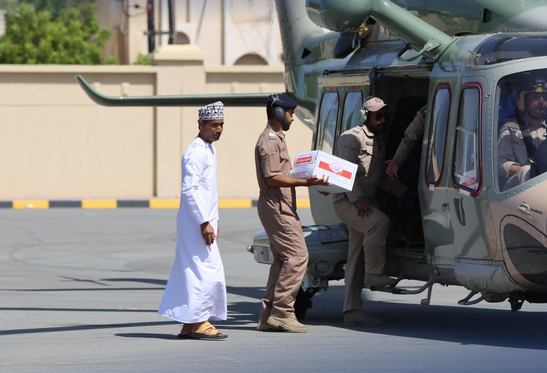 Cyclone Shaheen: NCEM to receive donations in designated stores only