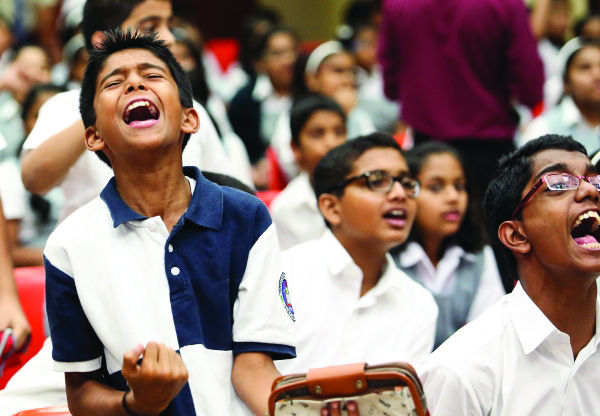 Muscat: Dates for the prelims of the Times of Oman Inter School Quiz Contest (TOOISQC) to be held at different centres throughout Oman have been announced.
The prelims will take off on April 20 and end on April 26.
The prelims will take off at Indian School Muscat (for the junior teams) and Indian School Sohar on April 20.
Indian School Ghubra will be the centre for the second prelims to be conducted on April 22. Indian School Muscat (for the senior teams) and Pakistan School Muscat will be the centres for the prelims on April 23.
The prelims at Indian School Nizwa and Indian School Rustaq will be held on April 24. Prelims at Indian School Darsait and Indian School Al Wadi Al Kabir will be held on April 26.
The timings of the quiz in each of the centres will be intimated by the school.
Noted quizmaster Lloyd Saldanha will conduct the prelims of the inter-school quiz contest.
“Enquiries and registrations are pouring in from different schools and students. We are delighted with the response. Students can continue to submit the registration/entry forms and hand it over to the person nominated by the respective schools before the last day,” said Dr Sathish Nambiar, managing director of Eventful/DOC LLC.
The Times of Oman has outsourced the holding of the 2017 edition of the inter-school quiz to leading event management company, Eventful/Doc LLC.
Highlighting that the school quiz has helped bring out a lot of new quizzers, quizmaster Giri Pickbrain Balasubramaniam urged the students to have their facts brushed up on and to keep their eyes on Times of Oman.
Like every year, Times of Oman will hold the inter-school quiz in two categories - junior (grade 8 and below) and senior (grade 9 to 13). Accordingly, there will be two sets of prelims, mega-prelims and finals for the two categories.
While the two mega-prelims have been fixed for Thursday, April 27 at Indian School Muscat from 4 pm onwards, and the two finals of the contest are slated for Saturday, April 29, at the City Amphitheatre in Qurum.
The quiz is open to teams from all international and private schools and any number of teams from a school can take part. Each team will have two students from the same school.
Terms and conditions for participation are mentioned in the form which will be printed in Times of Oman.
As a tribute to the memory of the late Essa bin Mohammed Al Zedjali, founder of MPPH, the Times of Oman has instituted a champion rolling trophy in his name for the inter-school quiz contest. The winning school teams at the Times of Oman Inter School Quiz Contest (TOOISQC) will lift the Essa bin Mohammed Al Zedjali Rolling Trophy for their school.