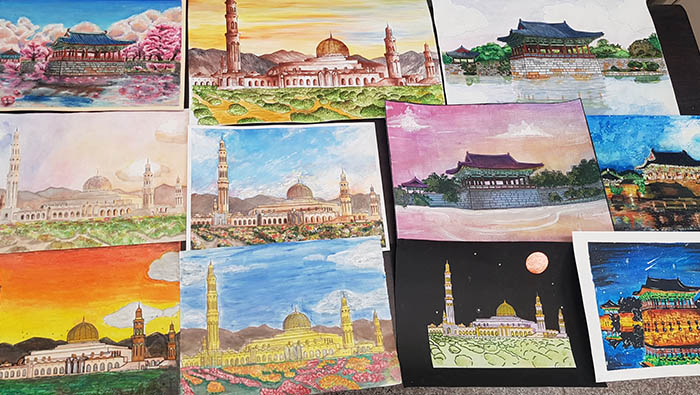 Muscat: The Embassy of the Republic of Korea to the Sultanate of Oman held an award ceremony on Monday, 20 September for the 2021 Colouring Contest organised by the Embassy.

A total of 256 artworks were submitted for the ‘2021 Colouring Contest’ which was held from July 15 to August 18. The artworks were divided into three groups (children, teenage, adults) and from each group 1st, 2nd and 3rd winners were selected plus some participation prize winners.

Kim Chang-kyu, Ambassador of the Republic of Korea to the Sultanate of Oman invited the winners of three groups to the Embassy and conferred them with the certificate and prizes.

The 2021 Colouring Contest was held in a way which allowed people to participate with their families at home under the COVID-19 situation.

The art images could be downloaded by the link provided by the Embassy and the final artworks, using various art mediums, were submitted to the Embassy by the participants.

The relationship between the Republic of Korea and Oman goes back 1,200 years. For the colouring contest, two buildings which were chosen to commemorate this long-standing friendship between the two countries, were: ‘Anapji’, an artificial pond in a Royal Palace of Shilla and ‘Sultan Qaboos Grand Mosque’.