Drivers urged by ROP to exercise caution while passing near schools 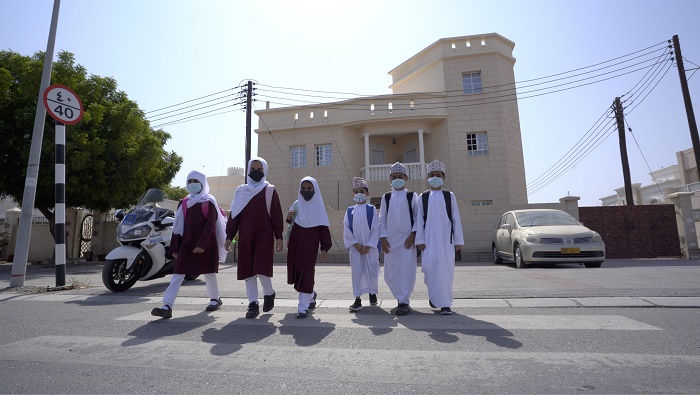 Royal Oman Police is keen to ensure the flow of traffic on all roads, especially those leading and close to schools.

Muscat: The Royal Oman Police (ROP) has urged all drivers to slow down and take more care and caution while passing through school areas, where students would be crossing.

On the occasion of the start of the new school year, Brigadier Engineer Mohammed bin Awad Al Rawas, Director General of Traffic, said that the Royal Oman Police is keen to ensure the flow of traffic on all roads, especially those leading and close to schools, stressing the importance of all drivers to slow down and be cautious while passing through school areas.

Brigadier Engineer Al Rawas stressed the continuation of coordination, cooperation and joint work between the Royal Oman Police and the Ministry of Education in achieving the safety of students through the provision and use of effective means that enhances the concept of traffic culture among students, and the use of the latest methods to establish traffic awareness. In addition, the activities, events and programmes in the school community have been increased, reinforced with materials and courses taught and applied in practice to instil the concept of traffic safety in order to create a generation that is committed to traffic rules and regulations.

The Director General of Traffic stated that the ROP will be securing the traffic on the roads in the Sultanate by intensifying traffic patrols and monitoring movement in front of schools, in addition to regulating traffic at roundabouts and intersections where traffic congestion abounds while transporting students to and from schools.

The establishment of traffic safety institutes in the various governorates of the Sultanate comes to enhance this role and hold seminars, lectures and training courses and bring services provided to the community, based on the positive results and objectives achieved by the Traffic Safety Institute in the Governorate of Muscat during the past years.

The Director General of Traffic praised the cooperation of all and the adherence of vehicle drivers to traffic regulations and rules, which has had a significant impact on raising traffic awareness among road users and decreasing traffic accidents and their damage to society, stressing that efforts are continuing to make the Sultanate’s roads safer for its users.