Citizen converts home to museum of traditional jewellery in Oman 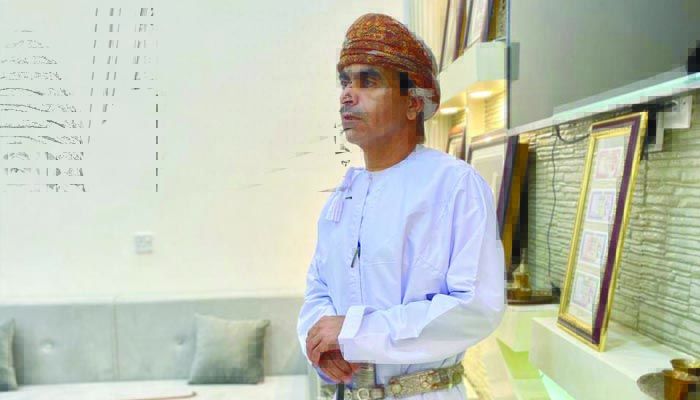 For Rashid bin Salim bin Said Al Ghafri, from the Al Driz area in the Wilayat of Ibri in the Al Dhahirah Governorate, collecting traditional artefacts has been a hobby of mine since childhood.

Muscat: A 51-year-old citizen has dedicated a part of his house for traditional gold and silver jewellery and ancient utensils.

Rashid bin Salim bin Said Al Ghafri, from the Al Driz area in the Wilayat of Ibri in the Al Dhahirah Governorate, spent his youth collecting and preserving the archaeological artefacts he inherited from his parents and grandparents.

He sought to allocate a part of his house to these rare antiquities that are characterised by the beauty of form and inscriptions. The lustrous items he possesses are cast from gold and silver, and differ from each other in shape and size.

Al Ghafri said, “Collecting traditional artefacts has been a hobby of mine since childhood. I started collecting them when I was 18 years old, as I was trying to preserve every happy memory that brought me together with my parents, whom God took away.”

He continued, “Since 1988, I have decided to keep the beautiful collectibles that I inherited from my parents and grandparents, namely the silver and gold jewellery that Omani women used to adorn themselves with in the past during happy occasions such as Eid or weddings. Since ancient times, Omani women have been known to wear elegant jewellery, such as rings, bracelets, heavy necklaces, and earrings.”

Al Ghafri also has on display metal utensils of different sizes and shapes, which are characterised by beautiful and delicate inscriptions. To provide a dedicated and fitting place for such unique and beautiful collectibles, he converted the men’s majlis into an area to preserve them for future generations, and keep them out of the reach of children, who might inadvertently damage them.

“I inherited from my parents about 25 artefacts, ranging from silver and gold jewellery to unique copper vessels,” he said. “The majlis also includes copper utensils that we used previously for eating and drinking. They are characterised by their circular shape and carved engravings with creativity and exquisite taste.”

“The oldest of the vessels I have dates back to the sixties, and people previously believed that putting drinking water in this vessel facilitates childbirth for women suffering from dystocia,” he added.

For more than 30 years, Rashid has preserved these beautiful rare collectibles by taking them to the Wilayat of Bahla to be polished and painted by specialists in this field. Because of the intense love and attachment he has for these heirlooms, he has decided neither to sell nor auction these priceless items, despite fielding a number of requests from people.

Al Ghafri spoke about his ambition to organise an exhibition in his name that includes many beautiful and priceless heirlooms to show to visitors from the various governorates of Oman, as well as foreign tourists. “I would also like to invite, through your official newspaper, the Ministry of Heritage and Tourism to visit my humble exhibition,” he added.  “I hope that these traditional artefacts will see demand from local and international channels, and I also hope to receive encouragement and financial support from the relevant ministry to preserve this legacy.”