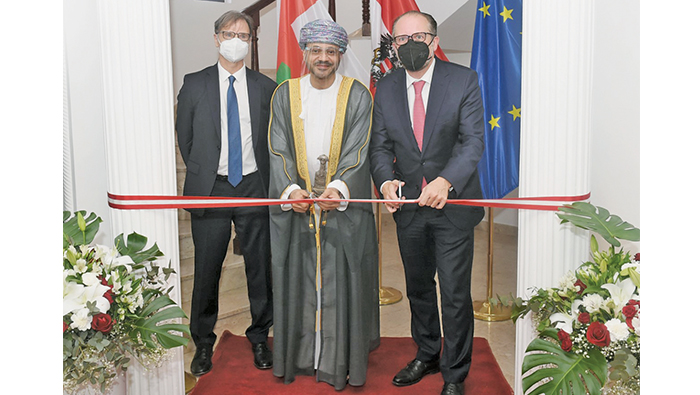 Muscat: Alexander Schallenberg, Federal Minister for European and International Affairs of Austria, opened the new premises of the Austrian Embassy in Muscat on Monday in the presence of Sayyid Badr Hamad Al Busaidi, Foreign Minister.

Schallenberg said in a speech at the ceremony that the event marks a symbolic start of advanced relations. He affirmed that the embassy will work to enhance various aspects of cooperation, notably in commercial fields.

In his turn, Sayyid Badr said that the opening of the new embassy’s headquarters will help foster ties of friendship and cooperation between the Sultanate and Austria in the fields of culture, tourism and commerce. He reaffirmed the two countries’ keenness to take up relations to wider spheres of cooperation that better serves their joint interests.