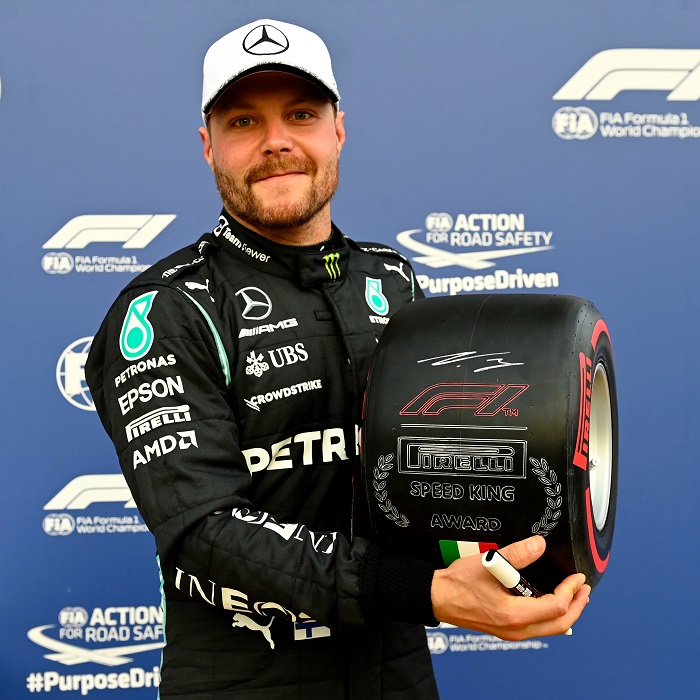 Monza: Valtteri Bottas won the second-ever F1 Sprint at Monza - but it's the second-placed Max Verstappen who claimed pole position for the Italian Grand Prix, with Bottas set to start the race from the back of the grid on Sunday after an engine penalty.

It was a faultless drive from P1 in the 18-lap, 100km Sprint from the Finn. Daniel Ricciardo, meanwhile, finished third, Lando Norris fourth, with Lewis Hamilton finishing fifth after starting P2. As the lights went out, Hamilton had a nightmare start, mugged by both of the soft-shod McLarens and the Alpha Tauri of Pierre Gasly to sit sixth by the time he reached Curva Grande, as Bottas led Verstappen, the fast-starting Ricciardo, and Norris - Ricciardo having passed his teammate after starting P4.

Gasly, though, had made light contact with the rear of Ricciardo at Turn 1, and as he rounded the Curva Grande, the Alpha Tauri driver's front wing went under his front wheels. Gasly speared into the gravel and hitting the wall. The Safety Car was brought out, but not before Yuki Tsunoda and Robert Kubica made contact and Kubica spinning around.

After nailing his start from last on the grid to climb to P15 by the time the Safety Car came out on Lap 1, it was Nikita Mazepin who ended up the biggest mover, ultimately climbing three places from his grid slot to take P17. Lewis Hamilton was the biggest faller, meanwhile, dropping three spots