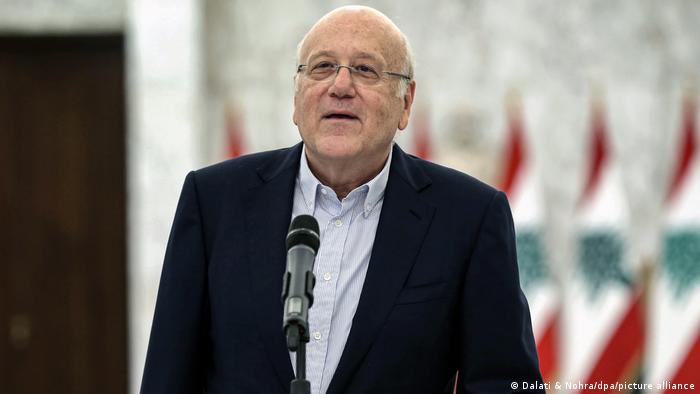 Beirut: Lebanon is set to name a new government, its leaders announced on Friday, following 13 months of political squabbling.

Prime Minister-designate Najib Mikati and President Michel Aoun said that the new Cabinet will meet on Monday for the first time.

Political sources said intensive communication throughout Thursday night finally led to the creation of the Cabinet of 24 ministers. Observers hope a change in leadership could bring the troubled Middle Eastern state out of its current political and economic crisis.

The deal between PM-designate Mikati and President Auon comes after months of disagreement over the distribution of Cabinet seats between different parties.

One of the factions, the Hezbollah group deemed a terrorist organization by the EU and the US, will name two out of 24 ministers, sources confirmed.

Senior central bank official Riad Salameh will be the new finance minister and Abdallah Abu Habib will take over as foreign minister after his posting as Lebanon's ambassador to Washington.

Lebanon has been without a fully empowered government since the 2020 Beirut port explosion that killed over 200 people.

The incident caused political instability and increased poverty levels, bringing up prices of food and fuel as the currency plummeted to 90% of its original value.

Western powers have raised their concerns about the situation that led to a crime wave as people grew ever more desperate.

The World Bank described the crisis as one of the worst in recent times. Three-quarters of Lebanon's population is now below the poverty line.

Former-Prime Minister Saad al-Hariri gave up on forming government earlier this year, blaming Hezbollah-allied Aoun and his Free Patriotic Movement party for wanting too much power.