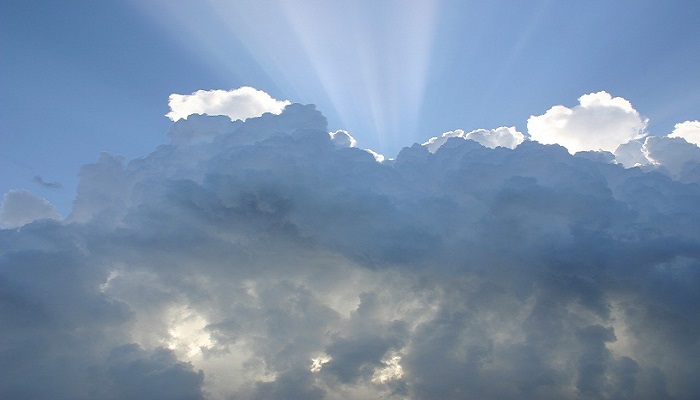 Muscat: The aerial picture shows the flow of clouds over parts of the governorates of South Al Sharqiyah, Al Wusta and Dhofar, with chances of intermittent rain falling on the coasts and mountains of Dhofar Governorate, Civil Aviation Authority announced.

The Authority said on Friday: "The weather will be partly cloudy to cloudy on the coastal strip of the Governorate of Dhofar and the neighbouring mountains with intermittent rain. It will be generally clear over most of the governorates of the Sultanate with the flow of high and medium clouds, and the possibility of cumulus clouds and isolated rain, at times thunderstorms, on the Hajar Mountains and the neighbouring areas during the afternoon. There is also the possibility of low clouds or fog formation at the end of the night and early morning on parts of the coasts of the Arabian Sea and the Sea of Oman.

Temperatures in the state of Seeb are 36/29 and Salalah is 27/30. The highest temperature expected today is 46 in Fahud and the lowest is 18 degrees in Jabal Al-Qamar.