How some patients are finding drug-free relief from chronic pain 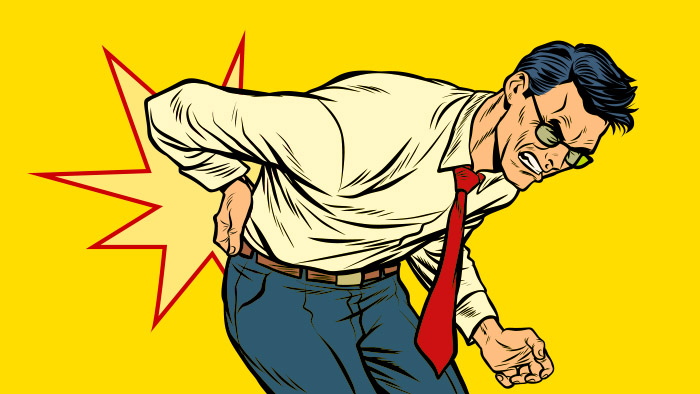 When Chad VanCamp, 42, began feeling intense pain in his tailbone whenever he sat down, life changed. Suddenly, his favourite hobbies became unbearable and he began dreading everyday activities that most people wouldn’t think twice about -- car rides, airplane trips and even going out to dinner.

Millions live with chronic pain -- which is pain that persists for six months or longer. Unfortunately, many suffer without finding relief, and not for lack of trying. Pain is one of the most common reasons adults seek medical care, but its sources are often complex and difficult to diagnose. Additionally, patients may not be familiar with the wide range of available treatments.

As for VanCamp, he tried many different relief strategies, including visiting his family doctor, seeing a chiropractor, and getting cortisone shots. Some of these measures provided him with temporary relief, but nothing worked long-term. Eventually, the pain was so intense that he even met with a doctor to discuss the possibility of having his tailbone removed. Having left no stone unturned, VanCamp was angry and frustrated, nearly resigning himself to the idea that relief might never come.

Chronic pain like VanCamp’s is a serious medical issue and can be linked to restrictions in mobility and daily activities, dependence on opioids, anxiety and depression, and poor perceived health or reduced quality of life. Unfortunately, it is also an issue exacerbated by recent world events. In a survey conducted by Boston Scientific of chronic pain sufferers, nearly half of the respondents reported that their pain had worsened during the pandemic.

“Given that the opioid epidemic continues to surge, educating patients about non-drug treatment interventions is critical,” says Dr. Louis Raso, a pain specialist and owner of an interventional pain management practice. “Pain physicians actually have many non-drug tools in our toolbox to address chronic pain.”

For example, Dr. Raso treats many of his patients with spinal cord stimulation (SCS). Most commonly used to treat pain experienced in the lower back, legs and feet, SCS interrupts the perception of pain as it travels to the brain. This small device is implanted under the skin and flexible leads are connected to the stimulator and placed near specific nerves along the spinal cord.

And because each person experiences pain differently, patients can adjust the programming of the device to personalise their treatment.

When VanCamp realized that his pain was hindering his ability to be fully present in his life and the lives of his family members, he underwent a procedure to implant the Spectra WaveWriter SCS System from Boston Scientific, which is designed to offer fast, tailored pain relief. That was two-and-a-half years ago, and with SCS, he’s had nearly complete pain relief. Today, favorite activities like family bike rides and hunting trips are no big deal. He even went horseback riding – something he’d never dreamed he’d be able to do just a few years ago.

“Above all else, SCS has helped me feel like a normal person again,” says VanCamp. “While results may vary among patients, I would urge anyone living with chronic pain to consider this and other treatment options, and to remember that they’re not ‘broken,’ they’re just in pain. Don’t ever give up searching. I found SCS and it completely turned my life around.”

Chronic pain can make daily life unbearable. However, experts say that non-drug therapies can provide a long-term solution for patients.