Commemorating The International Day of Charity 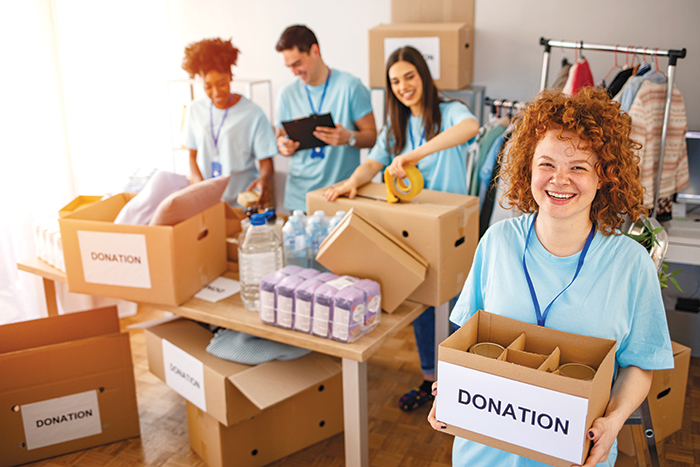 The International Day of Charity was established with the objective of sensitising and mobilising people, NGOs, and stakeholders all around the world to to help others through volunteer and philanthropic activities.

The date of 5 September was chosen in order to commemorate the anniversary of the passing away of Mother Teresa of Calcutta, who received the Nobel Peace Prize in 1979 "for work undertaken in the struggle to overcome poverty and distress, which also constitute a threat to peace."

The theme of this year's International Day of Charity is “Global Solidarity to Eradicate Poverty”. Solidarity is needed now more than ever, which makes this year's theme a great jump-off concept for your own household.

Mother Teresa, the renowned nun and missionary, was born Agnes Gonxha Bojaxhiu in 1910. In 1928 she went to India, where she devoted herself to helping the destitute. In 1948 she became an Indian citizen and founded the order of Missionaries of Charity in Kolkata (Calcutta) in 1950, which became noted for its work among the poor and the dying in that city.

For over 45 years she ministered to the poor, sick, orphaned and dying, while guiding the Missionaries of Charity’s expansion, first in India and then in other countries, including hospices and homes for the poorest and homeless. Mother Teresa’s work has been recognised and acclaimed throughout the world and she has received a number of awards and distinctions, including the Nobel Peace Prize. Mother Teresa died on September 5th 1997, at 87 years of age.

In recognition of the role of charity in alleviating humanitarian crises and human suffering within and among nations, as well as of the efforts of charitable organizations and individuals, including the work of Mother Teresa, the General Assembly of the United Nations in its resolution designated the 5th of September, the anniversary of the death of Mother Teresa, as the International Day of Charity.