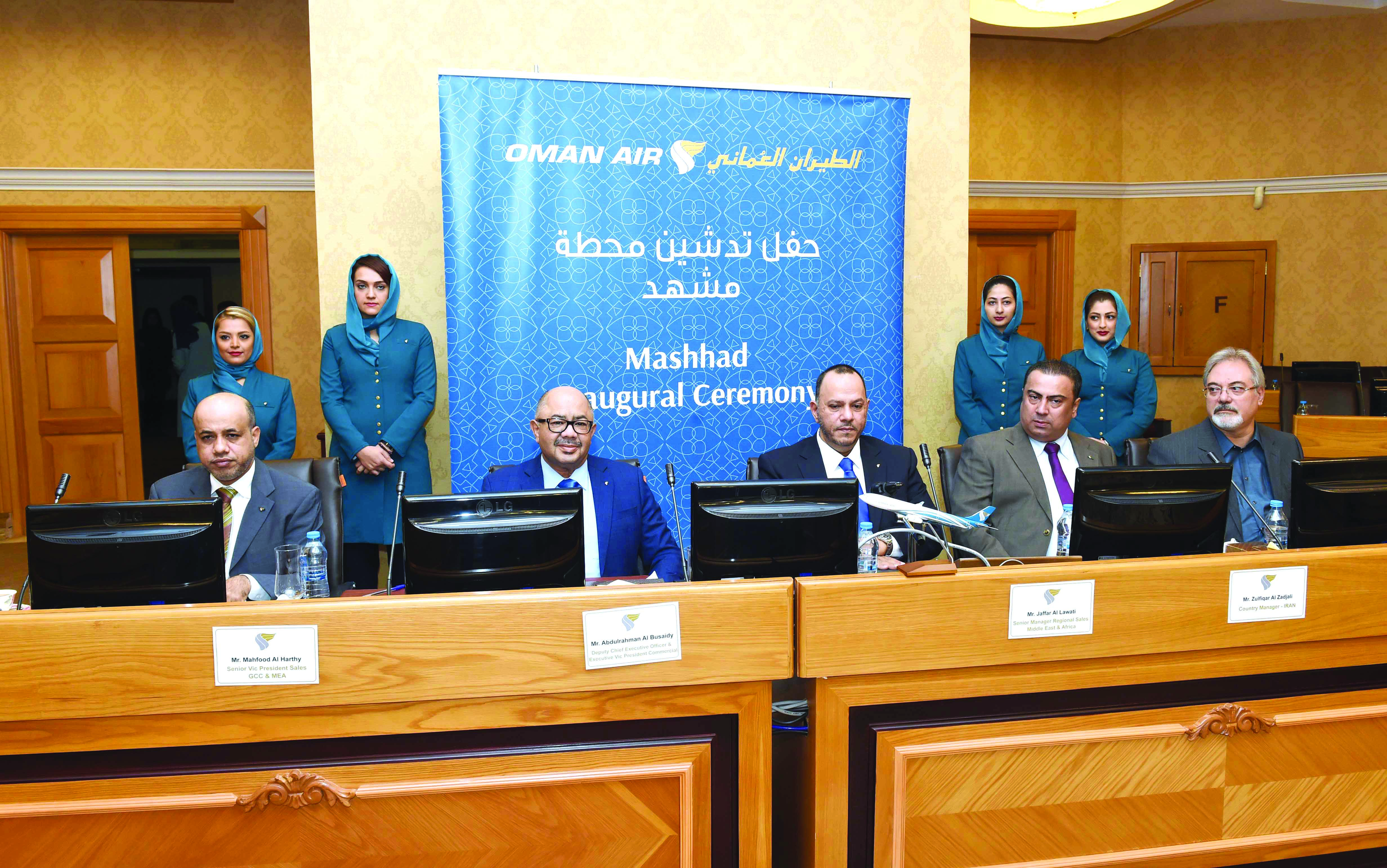 MASHHAD: Oman Air is cashing in with its new flight to Mashhad, Iran, a city scheduled to be next year’s Capital of Islamic Culture.
While some flights from neighbouring countries such as Saudi Arabia and Bahrain to Iran have been cancelled, Oman Air is taking advantage of the situation by flying passengers to Mashhad for its religious culture and traditions.
Mashhad, Iran’s second largest city, has been chosen to be next year’s Capital of Islamic Culture and will see many people travelling there for its religious sites such as Imam Reza’s Shrine, as well as it being a cultural and educational hub for many Islamic scholars.
Oman Air took full advantage of cancelled flights from Bahrain and Saudi Arabia to transport pilgrims to Mashhad, boosting the airline’s and Oman’s economy as well as strengthening relations between the two countries.
“We are new now in Mashhad and we will coordinate with our colleagues in our networks to provide special packages for Mashhad,” said Abdul Rahman Al Busaidi, Deputy CEO and Executive Vice President Commercial of Oman Air.
“In fact, we have brought with us a number of business people from Oman. They will be negotiating with hotels here for special rates for people who visit Mashhad,” he added.
Mashhad also has business traffic such as mining from precious metals which is beneficial for Omani handicrafts.
Omanis travelling from Muscat to Iran will be able to gain a visa on arrival while Oman Air is pushing government authorities to ease visa procedures for Iranians visiting Oman. Oman Air is also using the Mashhad route to connect pilgrims who would like to travel to places like Dubai and Eastern Saudi Arabia.
“We are focusing on connections where pilgrims would like to come to Mashhad like Bahrain, Dubai, Karachi, Lahore, Hyderabad and Bombay, so there are spaces for people who would want to go to Mashhad for pilgrimage,” said Al Busaidi.
“And as for Mashhad, we will be focusing on tourists. Those who want to go to places like Bangkok, Kuala Lumpur or Jeddah for Umra. So it is a balance of connections, even for the businessman who wants to go to London. We are covering the latest traffic to Mashhad as well as the leisure traffic and business traffic from Mashhad,” he added. Fifty Bahraini passengers travelled to Mashhad on Oman Air’s first flight. Oman Air expects 85,000 passengers to travel to and from Mashhad during the first year of service with that number expected to rise to 100,000 and 120,000 during the second and third years respectively.
Recently, Oman Air passengers experienced flight delays as well as cancelled flights and their frustration and complaints were voiced on Oman Air’s twitter page.
When asked for an explanation for these delays and cancellations, Al Busaidi said, “Oman Air has always been consistent with flight times and all our flights travel on time, but unfortunately we faced some unexpected and unwanted situations.
“For example, there was an aircraft in Dubai that had its front and main tyres burst. The debris hit the underside of the wing from which the fuel leaked. This aircraft is still grounded and under maintenance.”
Other incidents such as the bird strike in Thiruvananthapuram, India and another in Dhaka where a barrel was lifted off the ground during a storm and dented the aircraft. “All these unfortunate situations are sudden and unexpected. So it will take time to repair these aircraft and be operational again,” said Al Busaidi.
Meanwhile, Oman Air is planning to increase its flights to some destinations as well as planning to open its first direct China route to Guangzhou in winter.
It is planning to increase flights to Paris from five flights a week to daily flights, as well as adding a second flight to London.
Amman flights will increase to nine flights weekly up from seven and flights to Zurich will increase to eight flights per week from six.