The Game of Paintball in Muscat 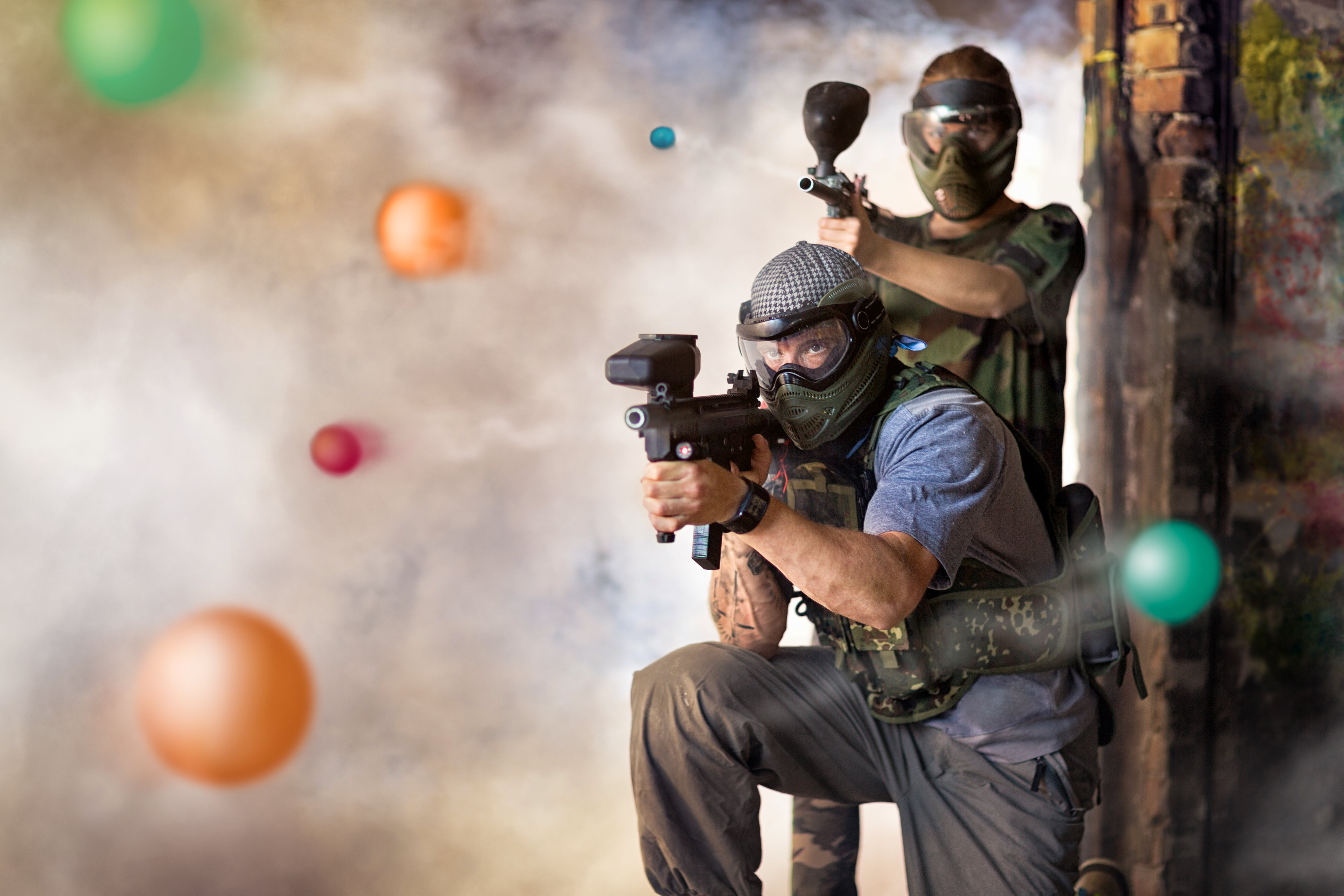 Bullets were being fired from all the sides. Everything was hazy and unclear. I hid behind a drum trying to protect myself when I heard my friend scream out, “they are behind you”. It was too late by then. I turned to see two gunmen a few feet behind me. They fired away to glory. Just then I could hear a faint sound of a whistle blow and the two men we had met at paintball Oman’s gate emerged again asking us to put our guns down as the game was over. Now you may go all “dude, its just a game.” But when you’re in the field, in the suit, hiding behind obstacles, holding a gun in your hand and trying to work according to the team strategy that you had decided, you are sure to feel like a war hero. This is as close as I would get to being on a battlefield holding a gun.

Paintball is a relatively young recreational game which was Charles Nelson’s brainchild. The co-founder of the Nelson Paint Company was once asked to come up with an efficient tool that would help the forestry officials to mark trees from a distance. He came up with a squirt gun that would fire a ball of paint. This is exactly why a paintball gun is sometimes referred to as the paintball marker. However, it was in 1972 that the Nel Spot 007 was created which was later used in the first paintball game that was ever played.

So who came up with the idea of the game and how did this happen? It was just a casual conversation between Hayes Noel and Charles Gaines which spurred the idea of making this a full-fledged game. The duo came across an advertisement of the Nel Spot 007 in a farm catalogue and started formulating and capitalising on the crazy plan of creating a stalking game to facilitate survival if lost in the woods amidst hunters. The gun was bought and first tested on Gaines’ son who just said that it didn’t hurt that much. Subsequently, a team of 12 was formed and they played the game for the first time on June 27, 1981. Today, decades later, the game is still being played across the world and increasingly gaining in popularity. While the rules may differ from region to region, the essence of the game still remains the same. For me, it is about the adrenaline rush I feel once I’m all suited and ready to hit field. I can almost hear all the patriotic songs I know play in the background. I’ve played the game twice, once in India and once in Oman with slight variations to the rules of the game and each time when I have played I have realised that it is the best way to shoot away the stress. Are you game for the adventure? —[email protected]

The Rules
• Once you’re in your paintball suits and have selected your weapons of destruction you will be briefed about the fourrounds which will be played between two teams.

• Total elimination: In this round, members from each team has to mark and hit players from the opposing team to eliminate them. Once a player is hit, he/she gets eliminated.

• Capture the flag: Members from the team has to protect their own flag as well as try and capture the opponent team’s flag. This is the round that requires a strong strategy that all the team members have got to abide by.

• Protect the president: Choose a president. Do not let him get shot. Get him from your base to the opponent team’s base. Once your president is shot, you lose the round.

• Rambo: Keep shooting until you run out of bullets.

• You get a five minutes break between each round. The team who wins majority of the rounds wins the game.

• Get set and get shooting.