This weekend hit the hiking trails of Oman 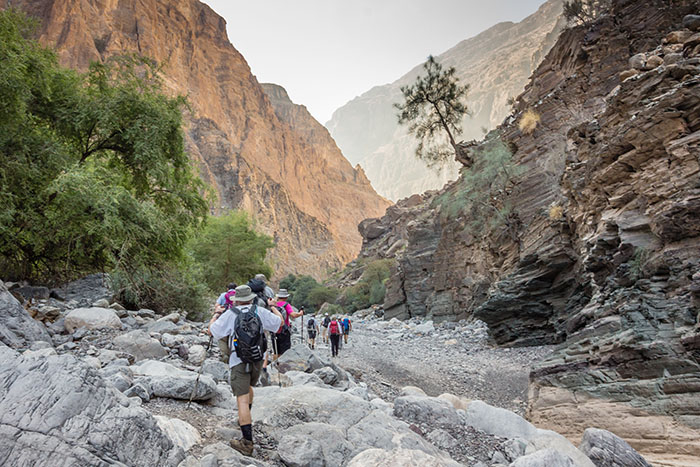 Despite the rough terrain, hiking remains the best way to enjoy the Sultanate’s unique landscape.  And as the hiking season in Oman is round the corner, from wandering around Wadi Shab, to walking over the edges of the Grand Canyon, you are spoilt for choice. So this weekend put on your hiking boots and unravel the hidden mysteries of Oman.

Grand Canyon
According to Oman's Ministry of Tourism, "Starting along trekking path W6 at the village of Al Khitaym, a high level balcony walk to the abandoned village of Sab Bani Khamis takes around one hour and has stunning views of the Grand Canyon. After Sab, an uphill walk leads to the start of the climb. The lower part is a medium to difficult  80m vertical ascent. Following a short walking traverse, leads out of the canyon via a wadi. The climb itself takes around 1 hour.

Samhan Mountain
Samhan Mountain is one of the most important mountain ranges in the Governorate of Dhofar, with a maximum height of 2,100 metres. Samhan Mountain includes many plateaus punctuated by narrow and deep gorges, some of which are about 1,000 metres deep.

According to Oman's Ministry of Tourism, "Various plants grow in the plain of Jabal Samhan, such as acacia and gum trees. The narrow mountain passes have little water but there are a number of streams, which are an important source of water for most animals found in the region. Besides the Arabian leopard (considered a rare animal), these mountains are home to a number of other mammals such as the Arabian gazelle, foxes and the Nubian ibex.

"Leopards are the animals that best adapt to the surrounding environment, and are often smaller and lighter in colour than their African counterparts. Arabian leopards have survived for a long time in the northern mountain range of the Arabian Peninsula."

Wadi Shab
Enjoy the  refreshing hike through this mountainous region of Wadi Shab. It lies 140 kilometres (87 miles) from Muscat on the Qurayat – Sur Coastal Road. Fresh water cascading from tops of the mountains meet the briny sea water on its banks, creating an environmental diversity unique to this wadi, and making it stand on a pedestal of its own when compared with the other wadis () in the Sultanate. It will take you around an hour.

Jabal Akhdar
Known for its Mediterranean climate, Jabal Akhdar is quite popular among hikers as their favourite trails owing to its seamless stretches greenery and breathtaking landscape. Spread across the mountain are many Omani villages.

Majlis Al Jinn Cave
Hiking this trail is not for the faint hearted. Located at the foothills of the eastern Al Hajar Mountains hides one of the greatest and most beautiful natural wonders, Majlis Al Jinn Cave is considered one of the largest underground caves in the world. Reaching the Cave opening requires strenuous physical effort, since you must traverse a distance of 1,300 metres to reach the cave opening through rugged mountain terrain. This trip takes about five hours. The only way to descend into the cave is by ropes. 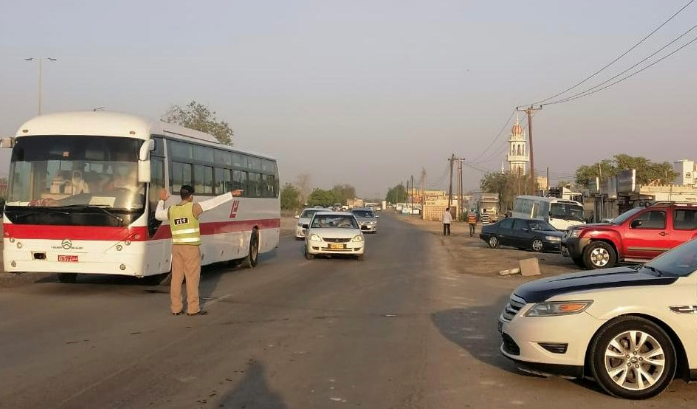