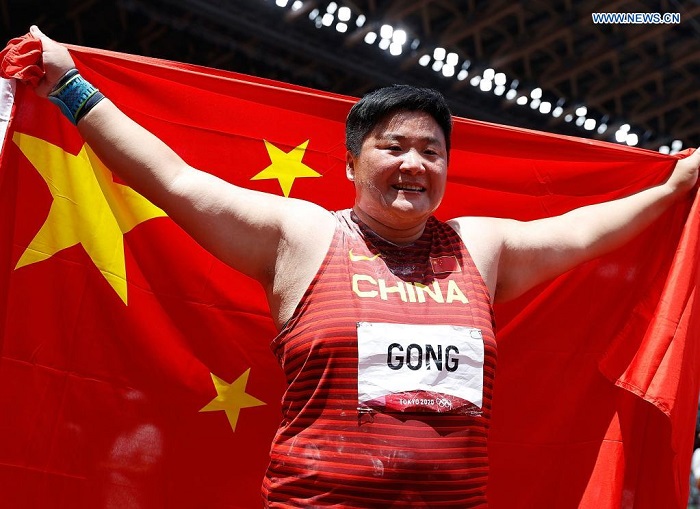 The four-time Olympian set her personal best twice in the final, throwing 20.53 meters in the fifth round and 20.58m in her sixth attempt.

Raven Saunders of the United States and Valerie Adams of New Zealand took the silver and bronze medal respectively.

Australian cyclist Logan Martin won the gold of the men's BMX freestyle at the Tokyo Olympic Games here on Sunday.

Martin delivered a powerhouse first performance in the final, scoring 93.30 points in his first run to take the gold.

Daniel Dhers of Venezuela took the silver in 92.05, and British cyclist Declan Brooks bagged the bronze in 90.80.