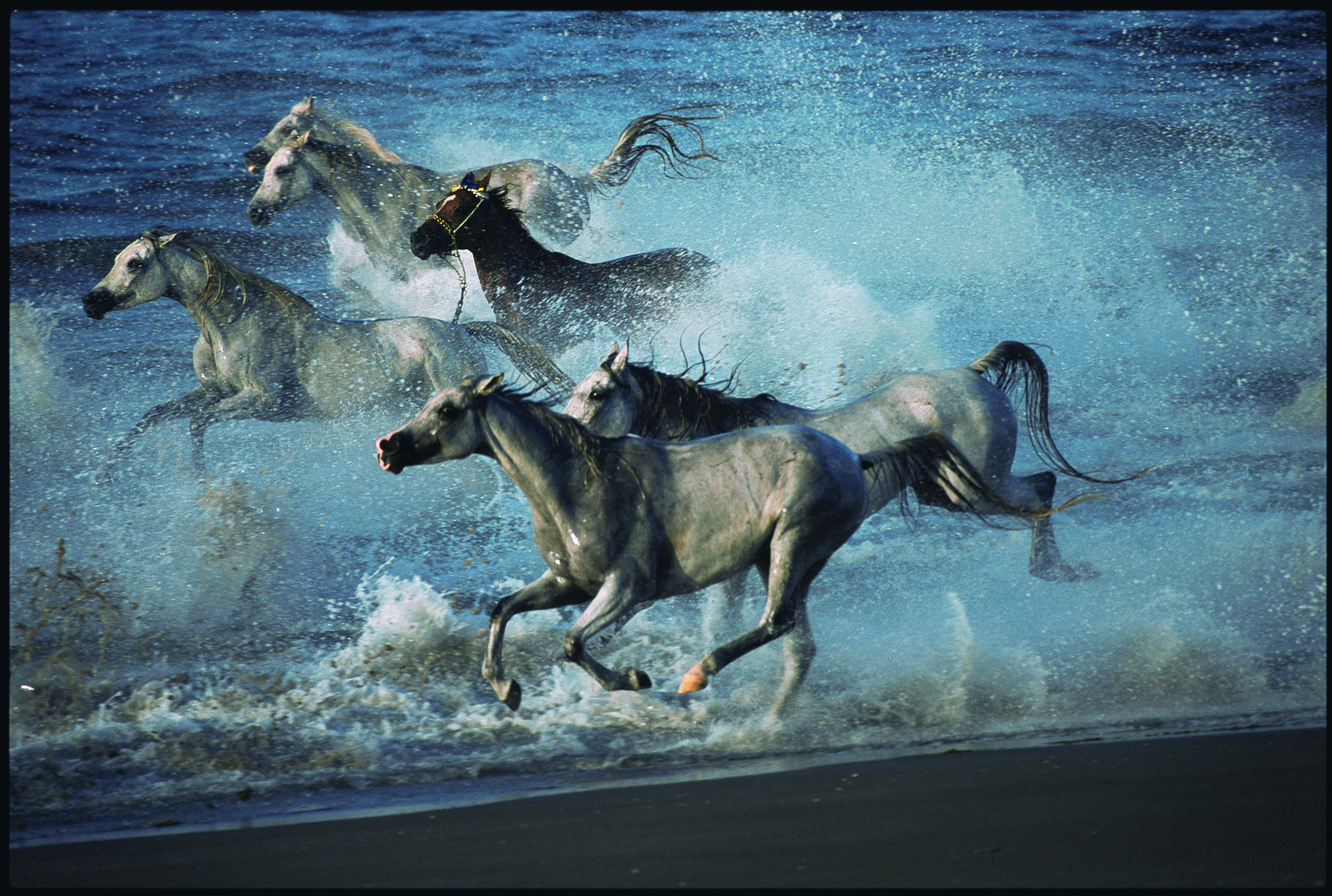 Muscat: Sixty one-year-old Henry Dallal has published a photo book featuring the horses of the Royal Cavalry of Oman.
The British photographer, who developed an interest in photography from an early age, took eight years to compile the stunning 352-page omnibus, which features more than 20 breeds of horses, some of which are thoroughbred Arabian stallions, while others have been sourced from all over the world.
“The book was commissioned by the Royal Cavalry of Oman,” recalled Dallal, while speaking to the Times of Oman.
“I was very honoured and excited to have received the commission, which I enjoyed to the fullest, to experience not only the cavalry and the 1200 horses, but also the beauty of Oman and its fabulous people, culture and heritage and majestic nature.”
“My challenge is to allow the photos to speak volumes with only a minimum of text to guide a reader through,” he added. “Hence, the text is perhaps captions and some historic facts and explanations and chosen calligraphy. Oman has such a beautiful treasure and tradition and that it does not come easy,” explained Dallal.
“Many people work very hard every day for the Royal Cavalry to make it what it is and how it is viewed on the world stage.”
Although he’s been taking photographs since the tender age of nine, Dallal says every photo op he undertakes is a learning experience, and it’s no different with this one.
“As the book was translated into Arabic, the book had to be redesigned in its entirety to start from right to left,” he revealed. “Again, the lesson is an ongoing one. For me, it is to absorb the local culture and I always admire and respect those I am around.
“Taking the pictures is only a very small part of it.”
“I did not start being a professional or a photographer, it all happened as I grew up and took more photographs,” said Dallal.
“However, doing my first book in 1998 was a turning point as I was putting collections together for
a book.”
Dallal’s collaboration with the Royal Cavalry is his latest in a string of high-profile photo excursions. He has previously photographed Queen Elizabeth II of England, as well as other important personalities.
“I remember being on the ground floor of the UNFCCC Climate Change conference in Paris with 155 heads of state present and taking their photos,” he recalled. “To photograph and capture the spirit of it all was very rare.”
Despite being a veteran behind the lens, Dallal stuck to his tried and tested ways, and they seem to have served him well.
“Long ago I told myself that I do not want to be enslaved by my camera equipment, but rather have it be my tools that I use to capture the reality of the moment. Nowadays even the simplest camera is a computer.
“Software now is always changing and you have to be a master of it and that to me is no longer photography.”
“Never stop taking photos,” added Dallal.
“Never be afraid to put your neck out for a great moment, and it is a great bonus to have luck on your side. Luck does play a big role in all of this.”
To see more of Dallal’s work, visit www.henrydallalphotography.com