U.S. gearing up for strong Tokyo Olympic performance, despite setbacks 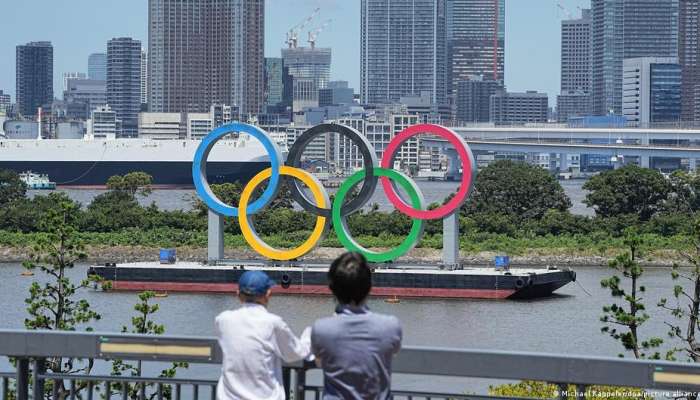 Team USA has been hurt by several recent events coming even before Friday's opening ceremonies at the 2020 Tokyo Olympic Summer Games.

Denver:  Still the Olympic favorite, Team USA has been hurt by several recent events coming even before Friday's opening ceremonies at the 2020 Tokyo Olympic Summer Games.

Although U.S. Olympic men's basketball teams have bagged six straight gold medals and won 15 of 18 Olympic games, according to usab.com, their past week was called a "nightmare" by the Washington Post, as the American stars dropped two of four exhibition games.

"Its gold medal coronation is starting to look more like a comeuppance," USA Today said.

"The Americans find themselves in an unusual position before the Olympics: vulnerable," the Wall Street Journal noted.

But help is on the way.

The Olympic rescue flight, called "awkward" by Yahoo Sports, will come just three days after Middleton and Holiday's Milwaukee Bucks defeated Booker's Phoenix Suns in six games to win the NBA championship 2021. The new recruits have only one day to coalesce and prepare for the team's opener Sunday against France.

"We talk about basketball, we tend to talk about the men, the Dream Team, and all of that," said USA Today's Christine Brennan.

"But the real Dream Team is women's basketball," she noted.

Brennan, a renowned sports journalist, told Public Broadcast Network (PBS)'s Judy Woodruff that the American women's basketball team "is the most dominant team in the history of sports - they simply do not lose."

Favored to repeat its gold medal performance from the 2016 Olympic games in Rio D'Janiero, the U.S. women's basketball team has not lost a game since the 1992 Barcelona Olympics, IOC data shows.

And that includes the two most famous returning Olympians - gymnast Simone Biles and swimmer Katie Ledecky.

"I do not think I have ever seen an athlete more discussed, hyped, on more covers, on the tip of everyone's tongue...than Simone Biles," Brennan said.

Biles, 24, who won four gold medals and a bronze at the 2016 Rio Olympics is the strong favorite to repeat or even better that performance in Tokyo.

Brennan called Biles "the greatest gymnast ever," and said her Olympic return is the most compelling story of the upcoming games due to her exposing rampant sexual abuse by former U.S. gymnastics team doctor Larry Nasser, who victimized hundreds of young women gymnasts but was brought to justice in an effort spearheaded by Biles. "Truly remarkable," Brennan added.

Although Richardson will be missed in the 100 meters, several other American speedsters are expected to pick up the slack, including 200 and 400m hurdlers Sydney McLaughlin and Dalilah Muhammad, both solid gold contenders.

Brennan, who has covered 19 summer and winter Olympic games, said the other women's athlete to watch is Katy Ledecky, on course to become the greatest women's swimmer in history.

"(She is) another U.S. star of the Rio Olympics, who won freestyle 200, 400, and 800," Brennan noted, and is the favorite in this year's 1,500m long-distance race, becoming an Olympic women's event for the first time this year.

"This is the first time in history that women will be able to swim a mile, well past and overdue," Brennan said.

Men started swimming the mile in 1904, and 117 years later, women finally got the opportunity.

"It is ridiculous it took that long for the International Olympic Committee to add the women's mile to swimming," Brennan said.

The big U.S. name to watch in the men's pool is Caleb Dressel, called "no Michael Phelps" by sports pundits, but winning three or four gold medals is "probable" for the Floridian, according to Brennan.

Dressel, 24, enters the Games looking for his first individual Olympic gold medal after winning two golds in Rio in relays but has been peaking, according to Yahoo.

In track and field, Trayvon Bromell is the man to beat for the title of the fastest man in the world, with Jamaican Usain Bolt retiring in 2017.

Bolt, considered the greatest sprinter ever, won gold in the men's 100m and 200m sprints in the past three Olympic Games, an unprecedented achievement.

Bolt's absence opens the door for several Americans, with Bromell the gold medal favorite, cruising to victory in the Olympic trials last month at 9.8 seconds, and posting the fastest time in 2021 at 9.77 seconds, ABC reported.

Another heavy gold medal favorite in Tokyo is the 2016 Rio gold medalist and Olympic record holder Ryan Crouser in the shotput.

Americans will shine in wrestling, the oldest of Olympic sports, with Denver native Adeline Gray headlining a woman's team, and Kyle Snyder leading a "U.S. freestyle wrestling team that is expected to have plenty of success in Tokyo," ABC predicted last week.

In a brand new Olympic sport showcased this year, the BMX freestyler to watch for gold is Indiana teenage Hannah Roberts, as the challenging biking sport makes its debut at the Tokyo Games.

Nyjah Huston, winner of 12 X-Games gold medals and four world championships will be the person to beat in street skateboarding, as Carissa Moore, a four-time world champion, will be tough to top in the sport of surfing, ABC said.