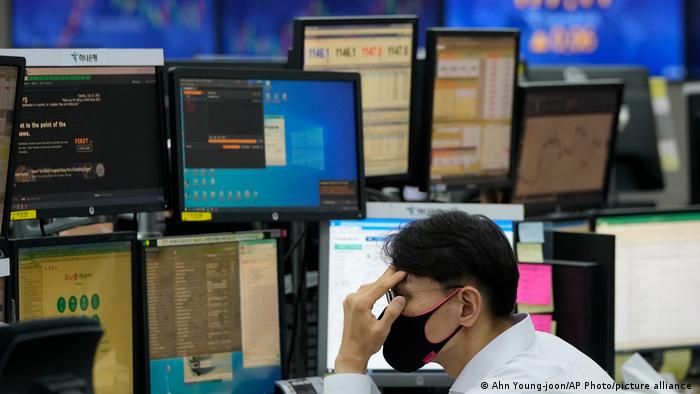 Berlin:  Stocks tumbled on Monday as markets responded to fears of rising COVID-19 cases worldwide, which could harm the global economic recovery.

In Asia and Europe, the highly contagious Delta variant has led to surge in infection rates, leading authorities to reimpose restrictions.

Germany's DAX closed 2.6% down, while France's Cac 40 lost around 3%. London stocks shed 2.6%, on the day the UK government lifted all of England's major pandemic restrictions, despite soaring infection rates, fueled by the delta variant.

In the US, both the S&P 500 and the Dow Jones were trading in the region of 2% lower than opening value nearing Monday's close of trade on Wall Street.


With experts now concerned by the pace of the caseload in Indonesia, with outbreaks worsening across Southeast Asia and with a number of athlete infections at Tokyo's Olympic Village on the eve of the games, stocks in the region took notice.

The Bank of Japan trimmed its economic growth forecast for the current fiscal year amid continued cases and with just one in five people vaccinated in Japan to date.